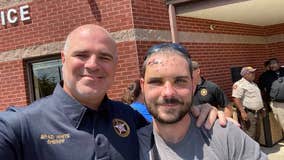 Deputy Justyn Weaver was hit by a shotgun blast over the weekend. He was welcomed back home by his law enforcement family Thursday, the Lamar County Sheriff's Office announced on its official Facebook page. 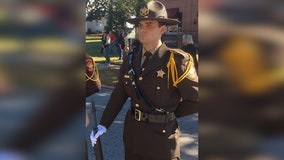 A Lamar County Sheriff's Deputy who was shot while on duty is recovering after undergoing surgery Wednesday. 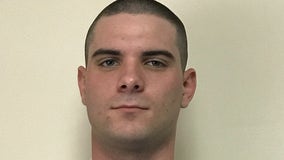 Officials say a suspect fired a shotgun multiple times into his deputy's vehicle, giving him injuries on his face and arm. 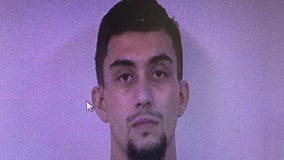 The Lamar County Sheriff says they are on the lookout for 23-year-old Julian Tyler Veloz. 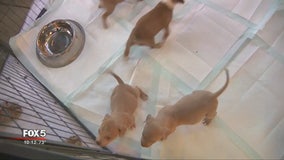 A Griffin man is facing a charge of cruelty to animals after police said he left a litter of puppies in a zipped book bag in front of a church.