Protestors held a press conference at a podium made of water bottles with signs condemning recent voting reforms becoming law.

ATLANTA - In response to new state voting laws, Georgia faith leaders staged a tongue-in-cheek protest at the state Capitol on Wednesday, the last day of the legislative session.

Georgia Director of Faith in Public Life Graham Younger said the controversial laws will make it harder for Georgians to participate in democracy. Remarking on the possibility that lawmakers may work deep into the night on Wednesday, Younger said protesters would do what is now deemed illegal at polling places on election day under new reforms to Georgia's laws.

The final version of SB 202, signed by Gov. Brian Kemp on March 25, makes it a crime to offer food and drink to an elector within 150 feet of a polling place, within a polling place or within 25 feet of a voter standing in line at a polling place. A number of Georgia religious leaders decided to do just that for lawmakers on sine die.

"We're going to offer them a kindness, so some of them may not have to leave their seats, they might not have to miss out on the opportunity to cast a vote that matters greatly to them," Younger said. "And right now we'd like them to understand that next election day, many Georgians will be in the exact same boat."

The protest included Christian and Jewish religious leaders as well as representatives from Faith in Public Life Action, a clergy-led civil rights organization based in Washington, D.C.

A handful of Georgia-based faith leaders — ranging from metro-Atlanta, Augusta Waycross and Albany  — took turns voicing their concerns about the bill on a podium made of cases of water bottles. 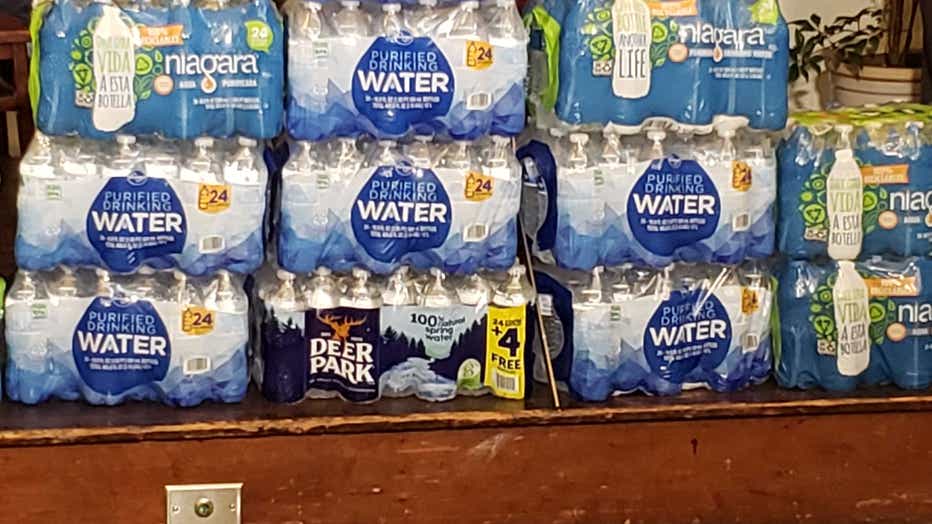 Rev. Fer-Rell Malone, Sr., a Waycross pastor, called new reforms "par for the course" and a reaction to the election of Democratic Georgia senators and Democratic President Joe Biden and Vice President Kamala Harris. He echos sentiments from many calling to boycott Georgia companies that hesitate to condemn the laws.

"Corporations and businesses ... you cannot ride on the prosperous economy of our community and not defend our right," Malone said.

Long lines during the 2020 primary in Georgia generated concerns leading up to the 2020 general election.

"We're bringing water today to speak out against the Georgia legislators and Gov. Kemp, whose acts don't follow the basic tenants of my faith to love your neighbor," Williams said. 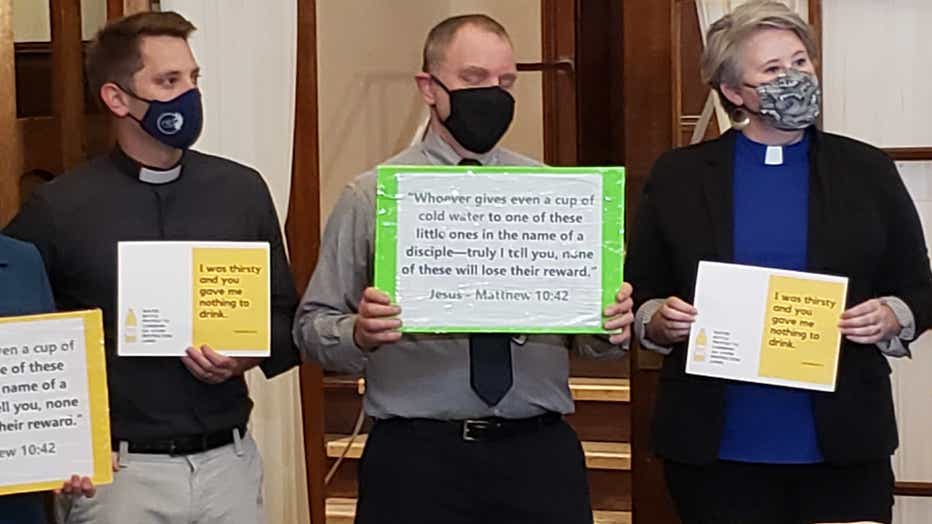 The press conference ended in prayer, quoting a verse from the book of Matthew.