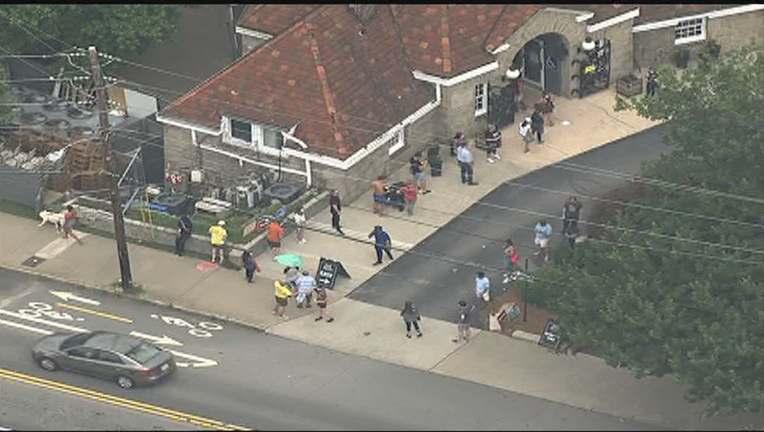 ATLANTA - Democrats are asking a federal judge to order Georgia election officials to take steps to prevent long lines at the polls on Election Day.

A lawsuit filed Thursday in federal court in Atlanta alleges that the causes of long lines that have forced Georgians to wait hours to vote during multiple elections, including the June primary, “are directly traceable” to election officials. The lawsuit seeks “to remedy the fundamentally unreasonable conditions that have led, repeatedly, to unconstitutional burdens on countless Georgia voters.”

With waits sometimes stretching for hours, Georgia voters have faced some of the longest average wait times in the country to vote since at least 2008, the lawsuit says.

The lawsuit was filed by the Democratic Party of Georgia, the Democratic Senatorial Campaign Committee and three Georgia voters against Secretary of State Brad Raffensperger, who’s the top elections official in the state, and other state and county election officials.

Deputy Secretary of State Jordan Fuchs said Raffensperger has been working with county election officials to determine where they might need to add polling places or voting equipment to avoid lines for the November general election.

“We will work around the clock from here through the elections — under the extraordinary circumstances of a pandemic — to ensure that all eligible Georgia voters are informed fully about any polling place changes, that we have enough precincts and poll workers, and that we do everything possible to minimize lines,” she said.

One of the individual voters who brought the suit is a 71-year-old Black woman who lives in Fulton County and tried three times to vote on the day of the June primary but was repeatedly discouraged by long lines, the lawsuit says. She planned to return again but was “exhausted from a full day of working and waiting to vote in the Georgia heat” and ultimately didn’t go back, ending up “disenfranchised by the long lines.”

The second is a Latina woman who also lives in Fulton County and who applied for an absentee ballot that never arrived. She arrived half an hour before polls opened on June 9 and had to wait in line for six hours before casting her ballot, causing her to have to miss work, the lawsuit says.

Some voters had to wait up to two hours to vote due to voting problems and new voting procedures amid the coronavirus pandemic.

The third is a Latina woman who lives in Cobb County. She left work an hour early on June 5, the last day of early voting, and got to her polling place at 4:30 p.m. She waited an hour to check in and was then told poll workers would call her to come back later, the lawsuit says. She waited at a friend’s house, returning four hours later when poll workers called her. When she returned, she waited three more hours, finally casting her ballot around 1 a.m., the lawsuit says.

“At the end of the day, what matters to us is that voters are not negatively impacted at any level of the electoral process,” state Sen. Nikema Williams, chair of the state Democratic Party, told reporters Thursday.

The long lines are caused by the closure and consolidation of polling places, a failure to provide adequate equipment, insufficient training of election officials and volunteers, a shortage of technicians to address technical problems, insufficient time to set up polling locations and a lack of emergency paper ballot backups when equipment fails, the lawsuit says.

Election officials said they wanted to give the county time to implement changes prior to the early voting period.

It asks a judge to declare that these problems violate voters’ constitutional rights and to order election officials to provide enough polling places and other election resources to prevent long lines on Election Day.

“Now they are asking a federal judge to order just that,” she said.

She was referring to a bill that said if voters had to wait in line for more than an hour at a precinct with more than 2,000 registered voters, the precinct size would have to be reduced or more voting equipment and/or poll workers added before the next election.

Some Democrats expressed concern that it could cause confusion for voters if changes were made between a primary and a general election. The bill ultimately failed to advance because Republicans later couldn’t agree on other proposed changes.