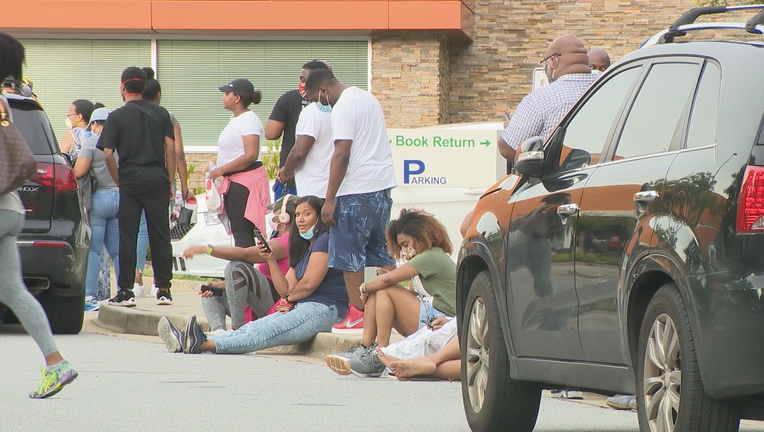 Voters at the Wolf Creek Library said they waited hours in line on the final day of early voting on June 5, 2020. (FOX 5)

FULTON COUNTY, Ga. - Long lines on the final day of early voting Friday at some Fulton County locations have raised the concerns among voting rights watchdogs.

Former Democratic gubernatorial candidate Stacey Abrams said her group, Fair Fight Action, will be investigating all legal avenues because of those long lines.

“Despite warning signs, 2018’s incompetence and malfeasance was on full display on the final day of early voting. As chief election officer, @GaSecofState must fix this by Tuesday. @fairfightaction is exploring all legal options to make sure Georgians’ voices are heard. #gapol”

FOX 5 was out late Friday night at the Wolf Creek Library in Fulton County. Voters there said they waited more than two hours to cast their ballot.

Elections officials at the start of early voting had said there would be a longer delay with the new cleaning and safety measures put in place to prevent the spread of the coronavirus.