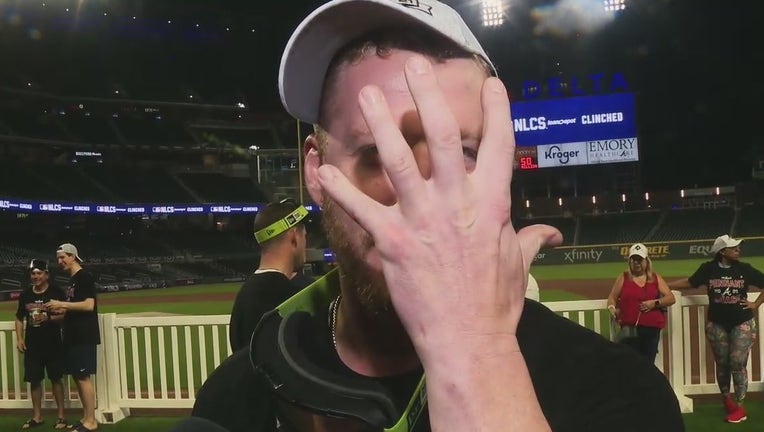 High school football in Georgia intensifies with a handful of region matchups.

Here are the highlights:

The Wesleyan Wolves' momentum from a big win over Athens Academy carried over to week nine as they shutout Hebron Christian 34-0.

Two Top-10 teams squared off. Eagles Landing Christian earned its second win of the season in a shutout.

Call of the Week: Cambridge vs. Johns Creek

Call of the Week: Cambridge vs. Johns Creek

For the first time in school history, Cambridge is 5-0. A blocked field goal at the end of the game clinched a win over region rival Johns Creek.

Westminster showed offensive dominance on the ground and in the air. That offense led Westminster past Redan.

With Region 5-AAAA on the line, Riverdale held off Fayette County. A few big plays on offense and special teams lifted Riverdale over the region rival.

The physical matchup was back-and forth. A key play on defense saved the game for Starr's Mill against Griffin.

Mic'd Up: Douglass vs. Carver-Atlanta

Mic'd Up: Douglass vs. Carver-Atlanta

Carver-Atlanta hosted their homecoming game against a region rival. Carver head coach Darren Myles was mic'd up for his team's dominant win over Douglass.

Harris County took an early lead. McIntosh responded but Harris County's pace was enough to cruise on to a win.

Game of the Week: Pope vs. Kennesaw Mountain

Game of the Week: Pope vs. Kennesaw Mountain

A Region 3-AAAAAAA clash in Cobb County was tight in the first half. North Cobb pulled away, thanks in part to a kickoff return for a touchdown.

Defense dominated this game. Lassiter's defense kept Osborne's offense off the field and clinch a win.

Pebblebrook shines as the Team of the Week. Pebblebrook takes down Campbell to remain unbeaten.

High 5 Sports is #INYOURFACE every Friday night at 11 p.m. during Georgia's high school football season. During the "Big Show" catch the High 5 Game of the Week, 680 The Fan Call of the Week, Friday Night Heights, Mic'd Up, highlights, and more. Tune into Good Day Atlanta on Thursday mornings to see the High 5 Team of the Week get presented with the High 5 Hand Trophy. Catch High 5 Sports on Facebook, Twitter, Instagram, and YouTube. And make sure to Cody Chaffins, Justin Felder, Kelly Price, and DJ Shockley for more action.