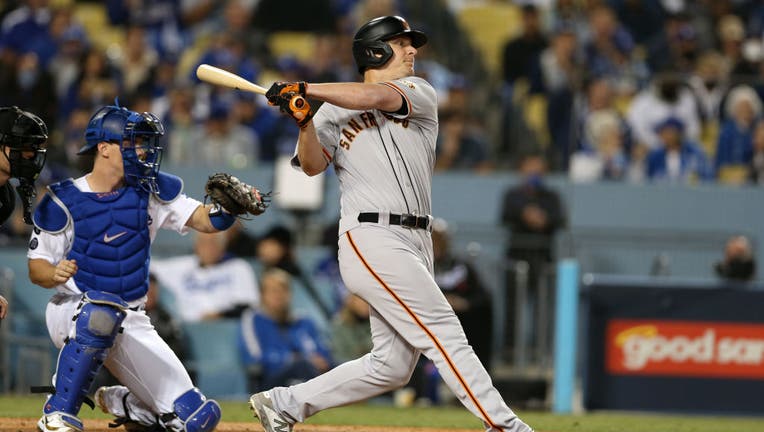 ATLANTA - The Atlanta Braves announced the club signed another outfielder minutes after announcing the re-signing of postseason hero Eddie Rosario.

The Braves moved Mike Soroka to the 60-day injured list to make room for Dickerson on the 40-man roster. Soroka has been recovering from multiple Achilles tendon tears since 2020.

The Giants released Dickerson in November after about three seasons. The 31-year-old outfielder had at .823 OPS with San Francisco, driven primarily by his short stint with the club in 2019 and 10 home runs during the shortened 2020 season. He homered 13 times in 312 plate appearances in 2021.

On Monday, the club announced it was sending four prospects to the Oakland Athletics for first baseman Matt Olson. On Tuesday, the Braves signed the slugger for eight years, days shy of his 28th birthday.

The Braves announced Tuesday afternoon they signed another Georgia native, Collin McHugh to a two-year contract worth $10 million guaranteed, with a $6 million club option for 2024 and $1 million buyout.