Could Georgia's Heartbeat law, which has been tied up in litigation, now be fully enforced now that the Supreme Court has overturned Roe v. Wade?

On Sunday, Abrams appeared on CNN’s "State of the Union" to discuss the recent news of the Supreme Court overturning Roe v. Wade, the case that legalized abortion, on Friday.

Host Jake Tapper noted that Georgia Gov. Brian Kemp previously signed into law a six-week ban on abortion that can now go into effect. He questioned Abrams on whether major businesses should consider relocating or avoiding Georgia in response.

"Many businesses such as Disney and Netflix have expressed their opposition to the so-called heart-beat abortion ban in Georgia when it was passed in 2019. Do you think those companies should pull their businesses from Georgia when and if this abortion restriction goes into effect?" Tapper asked. 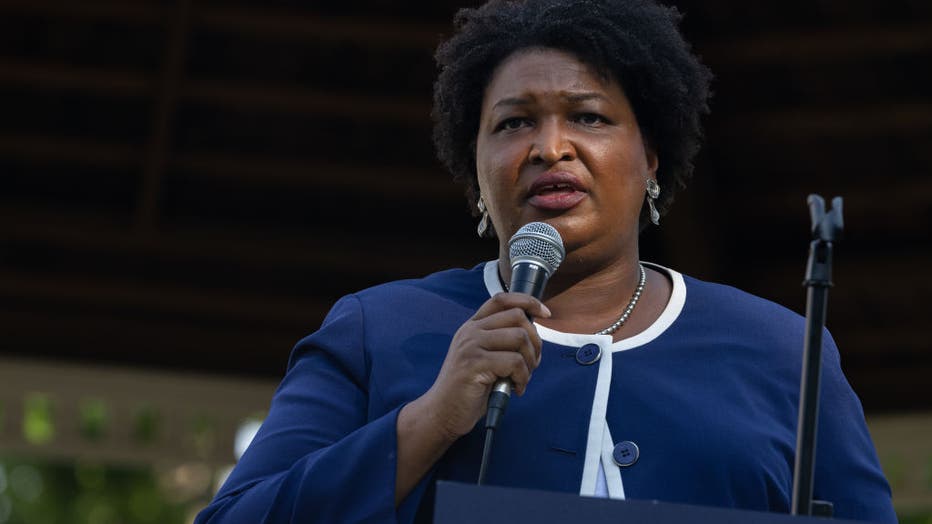 "I would tell every single business and every single woman that they should do what is best for the women that work for them. They need to make certain they are accommodating the very real health challenges women will face in the state of Georgia," Abrams answered.

Her comments echoed an op-ed she wrote for USA Today in 2021 in response to Georgia’s voter security laws where she appeared to justify boycotting the state and its businesses.

"Until we hear clear, unequivocal statements that show Georgia-based companies get what’s at stake, I can’t argue with an individual’s choice to opt for their competition," Abrams wrote at the time.

Shortly after the article, Major League Baseball announced it would move its 2021 All-Star Game out of Atlanta. This cost the state approximately $100 million in revenue.

Although Abrams stopped short of calling for an actual boycott of her state this time, she emphasized the harm that Kemp has brought upon Georgia.

"It’s my hope we’ll be able to reverse this law by passing new legislation in 2023 because we also know Brian Kemp intends to make it more difficult for women. He intends to add incest and rape as prohibitions. He has already broken our health care system by refusing to expand Medicaid and Georgia already has one of the highest maternal rates in the nation," Abrams said.

"And so I would tell anyone whether they are a business or a citizen thinking about being in Georgia to take into very real consideration the danger that Brian Kemp poses to the life and welfare of women in this state," she closed.

Abrams is again the Democrat candidate for the Georgia governor election race in November. She will face off against Gov. Brian Kemp for the second time after she refused to concede in their 2018 matchup.