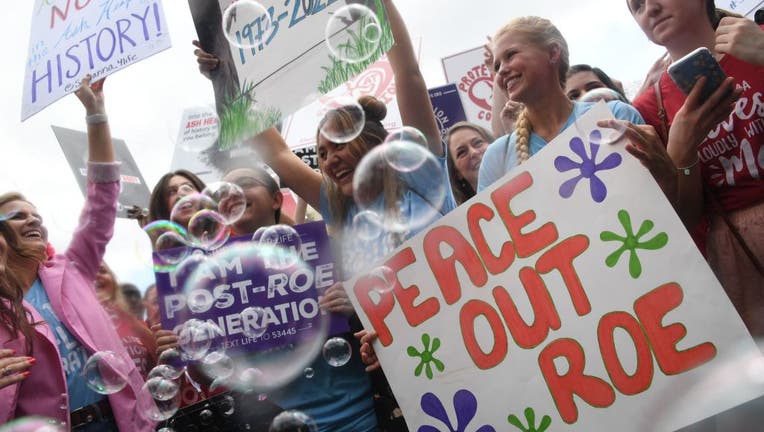 Anti-abortion campaigners celebrate outside the US Supreme Court in Washington, DC, on June 24, 2022(OLIVIER DOULIERY/AFP via Getty Images)

Friday, the Court ended constitutional protections for abortions with the conservative majority of judges decided to overturn the landmark 1973 court case Roe v. Wade as well as the 1992 case Planned Parenthood v. Casey.

Justice Samuel Alito wrote in the final opinion that Roe and Casey were wrong the day they were decided and must be overturned.

What the overturning of Roe v. Wade would mean for Georgia's Heartbeat law

It has been just over three years since Governor Brian Kemp signed an extensively restrictive anti-abortion bill into law in Georgia. The law was on-hold due to court challenges, but now with the landmark overturning of Roe v. Wade, the full force of the law could soon be enforced.

"We hold that Roe and Casey must be overruled. The Constitution makes no reference to abortion, and no such right is implicitly protected by any constitutional provision," Alito wrote. "Authority to regulate abortion rests with the political branches, not the courts."

Currently, abortion remains legal in Georgia, but the decision will have a direct impact on the legal issues surrounding Georgia's 2019 Living Infants Fairness and Equality (LIFE) Act, colloquially known as the "heartbeat bill." The law has remained blocked by lower courts since it was signed by Gov. Brian Kemp. Georgia Attorney General Chris Carr, a Republican, issued a statement Friday saying his office filed a notice with the 11th Circuit "requesting it reverse the District Court’s decision and allow Georgia’s Heartbeat Law to take effect."

The law would ban most abortions after about six weeks of pregnancy, when fetal cardiac activity can be detected. The measure is unlike other "heartbeat" bills in that it also contains language designating a fetus as a person for certain state-law purposes such as income tax deductions and child support. 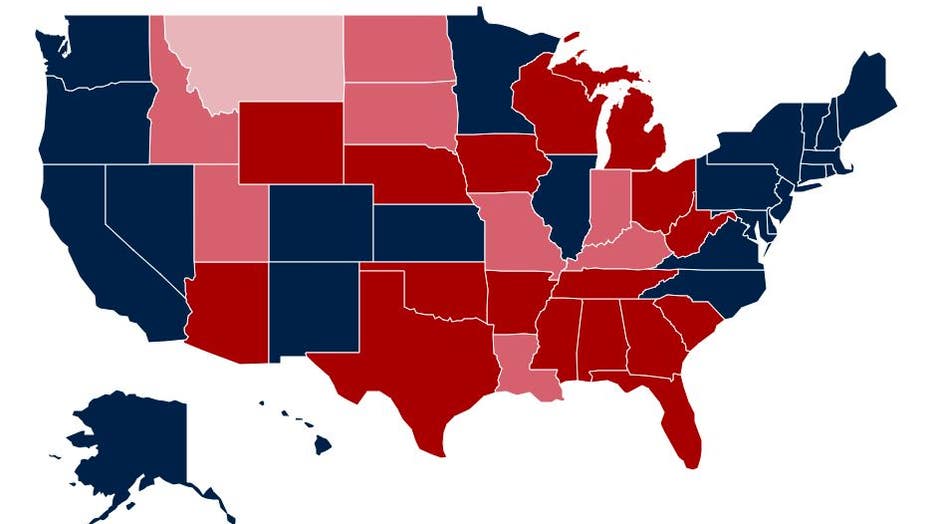 STATE BY STATE: WHERE ABORTION WILL BE ILLEGAL AFTER SUPREME COURT RULING

The law makes exceptions in the case of rape and incest -- if the woman files a police report first -- and to save the life of the mother.  It also would allow for abortions when a fetus is determined not to be viable because of serious medical issues.

The law also deals with alimony, child support, and even income-tax deductions for fetuses, declaring that "the full value of a child begins at the point when a detectable human heartbeat exists."

Pro-choice advocates pointed out the ban takes effect before many women even know they are pregnant, and they filed a legal challenge to stop the bill from becoming law after Gov. Brian Kemp signed it in May 2019.

Democratic state representatives gathered under the Gold Dome on Monday to speak out against the leaked Supreme Court draft decision that seemingly overturns Roe v. Wade. The lawmaker also took aim at the state's so-called heart beat bill that would ban abortion after six weeks of pregnancy.

In 2020. a federal judge permanently blocked Georgia's law, finding that it "violated the Fourteenth Amendment of the United States Constitution."

Last fall, the United States Court of Appeals for the Eleventh Judicial Circuit determined it could not rule on the Georgia law until after the Supreme Court made a decision.

Republican state Rep. Ed Setzler, R-Acworth, the primary sponsor of the heartbeat bill, told FOX 5 after a draft of the court's decision was leaked that the law could go into effect shortly after the court's ruling.

"The Supreme Court rules that states' legislatures can decide these questions, then I think we would expect very shortly thereafter a ruling from the 11th allowing our bill to go into effect," Setzler said. "And we could protect these fragile, small people that are the most helpless members of our human community."

In a landmark decision, the Supreme Court has ruled to overturn the long-standing Roe v. Wade decision. After it being the law of the land for nearly 50 years, the nation's highest court decided to move the decision to a state-by-state basis.

"I would be excited to have the conversation, but again, let's not prejudge where we are," Setzler said. "Let's let the court rule, but I do think that we can recognize that life begins at conception, all children are worthy of protection, even before they have a heartbeat."

While the law is expected to go into effect, some district attorneys in Georgia and across the country have said they won't enforce the law.

In 2020, more than 70 prosecutors from blue districts around the country publicized that they wouldn’t bring charges under increasingly stringent laws that states have passed against abortion because they "should not and will not criminalize healthcare decisions."

In DeKalb County, District Attorney Sherry Boston said she was concerned that under the law, district attorney could bring criminal charges and pursue jail time against those people who seek, perform, or help with an abortion.

"It is my contention that law enforcement and prosecutors should not be thrust into this health space, regardless of the legislation on the books. As such, as the elected District Attorney with charging discretion for the Stone Mountain Judicial Circuit (DeKalb County), I am vowing not to prosecute individuals pursuant to HB 481. I believe it is a woman’s right to make decisions regarding her own body and medical care, including, but not limited to, obtaining an abortion," Boston said.

More than 90% of abortions take place in the first 13 weeks of pregnancy, and more than half are now done with pills, not surgery, according to data compiled by Guttmacher Institute.