A Georgia-based charity says losing an SUV after a crucial part was stolen will slow down their work.

COLLEGE PARK,Ga. - Police bust a man trying to steal a catalytic converter from a car in College Park.

The vehicle belongs to a non-profit organization.

Staff said this attempted theft will impact hundreds of families they help.

This thief isn't the only person trying to cash in recently on this car part.

RELATED: Spike in thefts of catalytic converters in north Georgia

Feeding GA Families Operations Manager William Joyner said the thief was able to remove a catalytic converter from under their SUV. He said there’s also additional damage and they don't have the money to get the car back on the road, which they use to help combat food insecurity across the state. 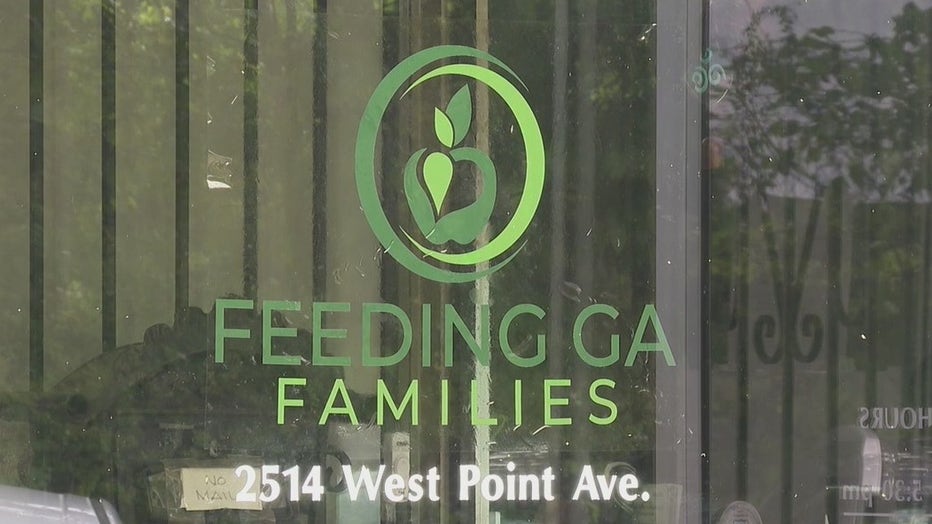 A College Park charity says it doesn't have the money to get its car back on the road, which they use to help combat food insecurity across the state. (Photo: FOX 5 Atlanta)

"We got one under the truck," College Park Police could be heard saying on surveillance footage from the organization. "Let me see your hands."

Just a few minutes before officers tackled him to the ground, based on an incident report, Miller was allegedly using a power saw to remove the car's catalytic converter.

"It was sort of heartbreaking because anyone that drives up can see that this is a charity. It's all over the windows," Joyner detailed.

The non-profit is located on West Point Avenue near Roosevelt Highway.

"Since this happened a day or so ago, I've been online researching. Apparently, they're quite valuable," he said.

There’s been a recent uptick in catalytic converter thefts across metro Atlanta including in Forsyth County, the city of Rome, and Clayton County.

Investigators said the converters are a target because of the precious metals they contain.

It's a crime that's also quick and easy.

"Please don't steal from anyone. The impact to this is gonna affect literally hundreds of thousands of people," Joyner said.

Feeding GA Families said this was one of the vehicles they use to pick food donations so they can provide meals to families in need out of their office.

They told us losing this SUV will slow down their efforts to help.

"We could go pick up a whole pallet of good with this, now not so much. It's sort of a hurt there," Joyner mentioned.

It's roughly $1,500 to replace a catalytic converter and often leaves the car owner with additional damage.

Miller is facing several charges including theft and obstruction.