Atlanta Mayor Keisha Lance Bottoms discusses America Promise and how the legacy of Rep. John Lewis is the right to vote for all.

Mayor Bottoms described being proud of growing up in Atlanta which she affirmed as the cradle of the Civil Rights movement and "a place where our struggle for human dignity continues."

The mayor paid homage to Dr. Joseph Lowery and Dr. C.T. Vivian, both prominent Atlanta-based Civil Rights icons who died earlier this year. She also memorializing the late Rep, John Lewis. She described Lewis as "our teacher, our friend, our conscious, and our congressman."

"He walked gently among us, not as a distant icon, but as a God-fearing man who did what he could to fulfill the as yet unfulfilled promise of America," the mayor said of Lewis. 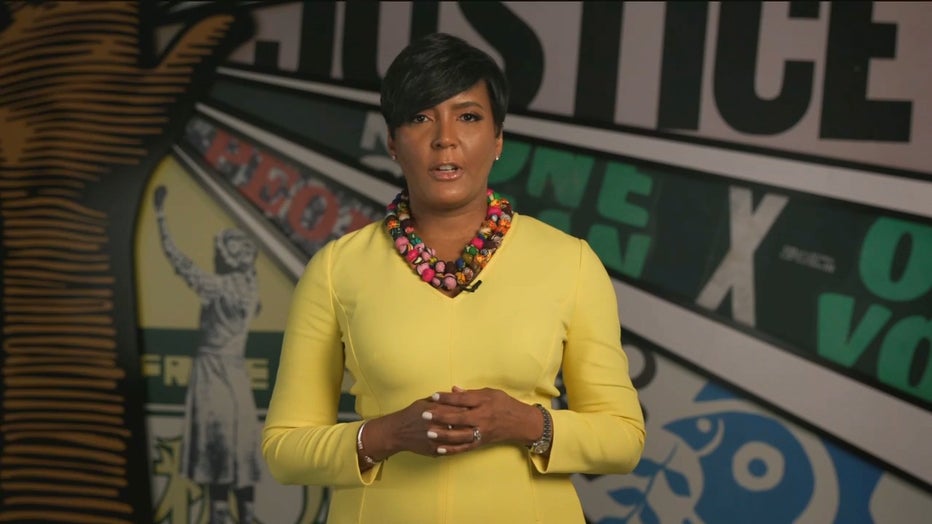 Bottoms said everyday Americans can make a big impact in their community through the smallest of gestures, just like Lewis.

“People often think they can’t make a difference like our Civil Rights icons, but every person in the movement mattered—those who made the sandwiches, swept the church floors, stuffed the envelopes. They, too, changed America,” the mayor said in her live speech to the DNC.

The mayor called on those who took to the streets of Atlanta and across the country seeking justice in the deaths of George Floyd, Ahmaud Arbery, Rayshard Brooks, and others to now enact change at the ballot box.

“We have cried out for justice, we have gathered in our streets to demand change, and now, we must pass on the gift John Lewis sacrificed to give us, we must register and we must vote,” the mayor said, reiterating what Lewis wrote in his final essay about how "voting and participating in the democratic process are key."

A wrap of what happened on the last day of the Democratic National Convention including an address by Atlanta Mayor Keisha Lance Bottoms and the acceptance of the party's nomination by former Vice President Joe Biden.

Mayor Bottoms also offered criticism to those who she said sow discontent through misinformation, especially using the coronavirus for political fodder.

"There are those who are disgracefully using this pandemic to spread misinformation and interfere with voting, forcing many in 2020 to still risk their lives to exercise their sacred right to vote,” the mayor said. “A right that has already been paid for with the blood, sweat, and tears, and lives of so many.”

The mayor urged voters to choose candidates with honor, justice, and integrity, pointing to former Vice President Joe Biden and Senator Kamala Harris as leaders who "believe that the lives of my four black children matter."

On the final day of the Democratic National Convention, former Vice President Joe Biden made his case to be the next president as he accepts his party's nomination.

Prior to the mayor's remarks, Thursday night's emcee, Julia Louis-Dreyfus spoke with the mayor about if Atlanta will be ready for the upcoming election.

"We will be ready and we are going to do everything we can to ensure voting goes smoothly," the mayor said, reminding people who can utilize early voting to do so.

Bottoms was also asked about her recovery from COVID-19. She said she is feeling much better, but her husband is still suffering some of the long-term effects of the illness.

The mayor was just one of several prominent women who was being considered as a running mate for Democratic nominee Joe Biden. That list also included Wisconsin Sen. Tammy Baldwin and Illinois Sen. Tammy Duckworth, who both spoke Thursday night.

Bottoms' address was followed by a video tribute to Rep. Lewis and a song by John Legend with Common.