The civil rights icon passed away at the age of 98 on March 27th.

The funeral was held at Cascade United church.

A public memorial will be held in October

"After much thought and consideration of options that would be compliant with the
Centers for Disease Control and Prevention’s guidelines on COVID-19 prevention
and social distancing, we were unable to hold a service that could accommodate our
dear community of support,” said Cheryl Lowery, President and CEO, of the Joseph
& Evelyn Lowery Institute, and youngest daughter of the civil rights icons.
“Our father always encouraged everyone to act in service for the common good,”
Lowery continued. “In these unprecedented times, the best way for each of us to do
that, is to follow guidance from our public health and state officials to prevent
community spread of coronavirus.” 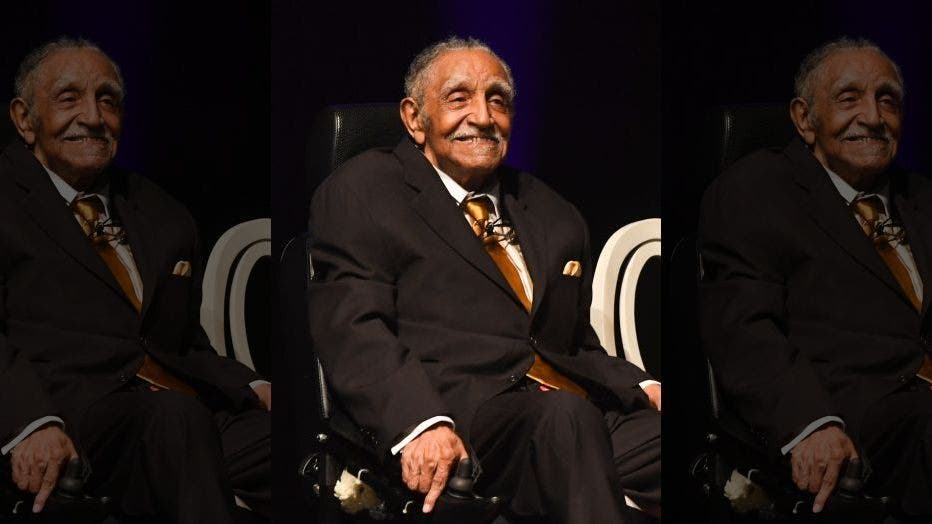 Dr. Joseph Lowery at his 96th Birthday Celebration at Rialto Center for the Arts on October 4, 2017 in Atlanta, Georgia. (Photo by Paras Griffin/Getty Images)

"Our family has just been blown away by the outpouring of support and love for my father and his legacy that has come from around the world and from our Atlanta-- a city that he loved and a people that loved him-- We say, thank you," Lowery's daughter Cheryl Lowery told reporters over a Zoom conference call on March 31.

Family of Joseph Lowery discuss plans to honor his life

Born on Oct. 6, 1921, in Huntsville Alabama, the Rev. Dr. Joseph Lowery spent parts of childhood and teenage years in Alabama and Chicago before earning a bachelor’s degree at Paine College in Augusta, Georgia.

It was after graduation that Lowery said he had an epiphany – that the "ministry was his true calling."

The reverend was known for his sense of humor, captivating delivery, and his fiery skill with words – all at play in his closing prayer at President Barack Obama's inauguration. 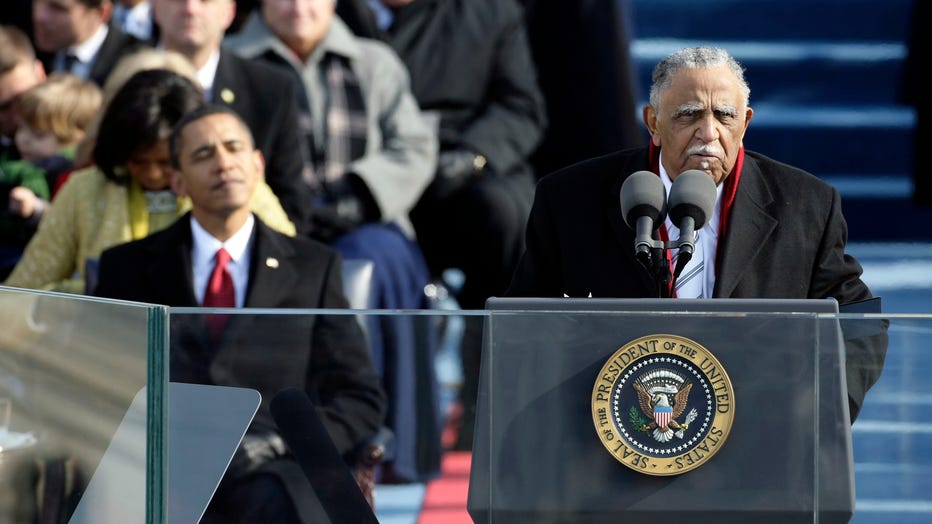 WASHINGTON - JANUARY 20: The Rev. Joseph Lowery gives the benediction during the inauguration of Barack Obama as the 44th President of the United States of America on the West Front of the Capitol January 20, 2009 in Washington, DC. Obama becomes the

“We ask you to help us work for that day when black will not be asked to get in, back when brown can stick around, when yellow will be mellow, when the red man can get ahead, man; and when white will embrace what is right,” Lowery said to laughter from the audience on the National Mall.

In lieu of flowers or cards, the family asked for a donation to the Joseph & Evelyn Lowery Institute for Justice & Human Rights to promote nonviolent advocacy.

A public memorial for Dr. Lowery is scheduled for October 6.