ATLANTA - Georgia Gov. Brian Kemp said he is calling on all Georgians to continue doing what they can to protect the state's most vulnerable populations as businesses start to reopen.

Kemp, health officials, and leadership of the Georgia National Guard a press conference on Monday in the North Wing of the Georgia State Capitol at 4:30 p.m.

At the conference, the governor called on anyone experiencing coronavirus symptoms to get tested, saying that they are seeing testing locations who are seeing very few patients.

The press conference comes on the day Kemp allowed some Georgia restaurants to reopen for limited dine-in service. Movie theaters in the state are also allowed to be open for screenings.

Kemp issued 39 requirements that restaurants must follow if they reopen, including observing a limit of 10 customers per 500 square feet and ensuring that all employees wear face coverings all the time. Movie theater ushers were ordered to enforce social distancing. 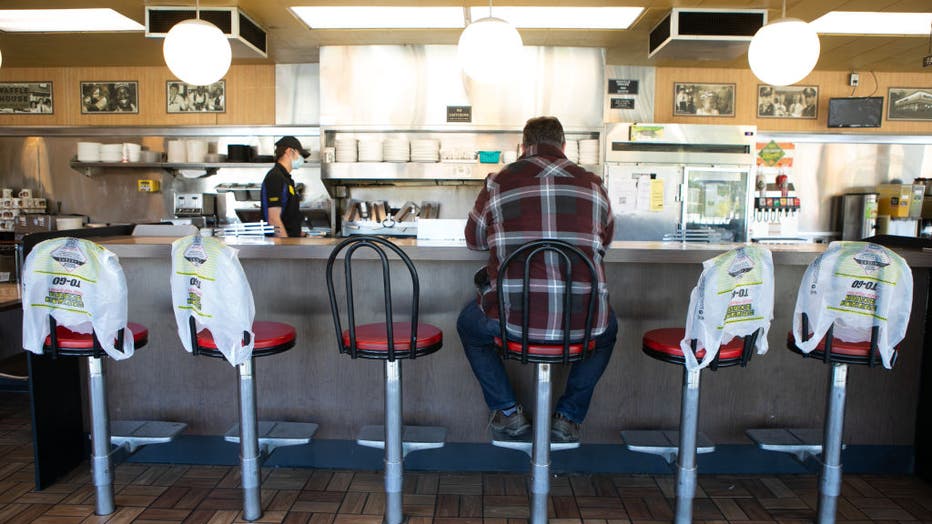 Ron Flexon sits at the counter for dine-in service while other seats are marked off for social distancing protocol at the Waffle House Brookhaven, Georgia. (Jessica McGowan/Getty Images)

The dine-in service and movie screenings were allowed to resume a few days after some other businesses, including barbershops, gyms, tattoo shops, and nail salons, began seeing customers. While many of those establishments gratefully opened their doors Friday after a monthlong closure, others did not feel ready. A similarly mixed response played out Monday.

Kemp said that he supported people waiting to open, but said that "we are better off trusting people" to meet his guidelines in order to stay economically solvent and eventually move into phase 2 of the reopening plan.

Georgia's shelter-in-place order is also set to expire on Thursday, April 30 at 11:59 p.m. Kemp said they are currently gathering data to make a decision what the next few weeks in the state will look like. Bars, nightclubs, and amusement parks remain closed.

The shutdown imposed to slow the spread of the coronavirus has caused tremendous damage to the economy. About a fifth of the state’s workforce — 1.1 million workers — filed for unemployment in the five weeks since the crisis started, according to the Georgia Department of Labor.

But public health experts say increased testing and diligent tracking of infected people’s contacts are needed to guard against a spike in new cases if reopening happens too quickly. Georgia has ranked in the bottom 10 of states for testing per capita, but some progress was made on that front last week. 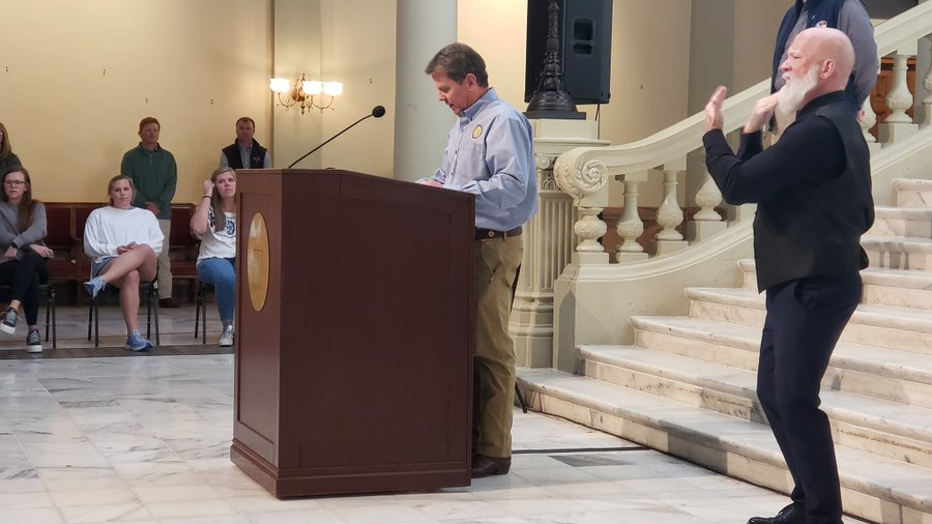 Kemp's decision to begin reopening the state received criticism from both Democrats and members of his own party. Last week, President Donald Trump said his "disagreed strongly" and would be watching closely, but would be leaving the decision up to the governor.

Kemp responded to the criticism by saying that he and the president "share a common goal and that is to protect the lives and the livelihoods of the American people" and said he was "thankful" for all that Trump was doing.

"The levels of communication the governors have with this administration has been amazing," he said. "I know for me it's been appreciated."