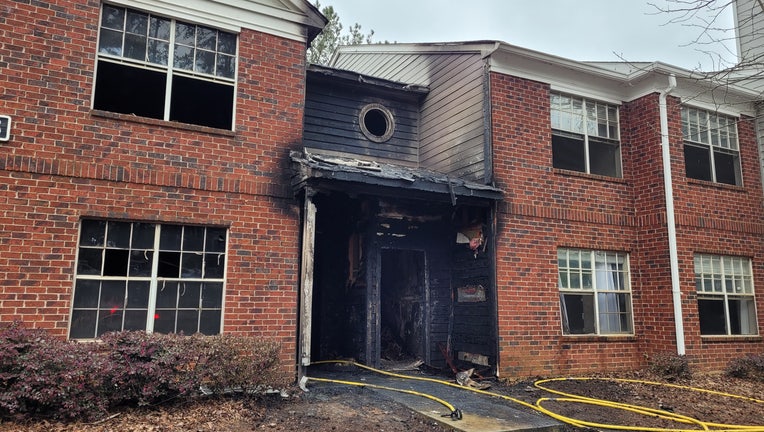 Officials said flames caused damage to all three floors of one building, including the attic. No injuries were reported, officials said, but two of the 14 damaged units had "extensive" damage. Other units suffered minor smoke and water damage.

An occupant of one of the most damaged units told investigators a smoke alarm woke them and they soon noticed flames on the back side of the building. Eventually, officials said, neighbors began knocking on doors and helped evacuate the building.

While firefighters began attacking the flames in the middle of the building with a hose line, Gwinnett County police officers assisted in evacuating the building. While the initial hose fought flames on the front of the building, authorities said crews started to suppress flames at the rear of the building.

Firefighters stopped the flames from progressing to additional apartments with an aggressive interior attack, officials said. The flames were controlled in about 40 minutes, according to authorities. 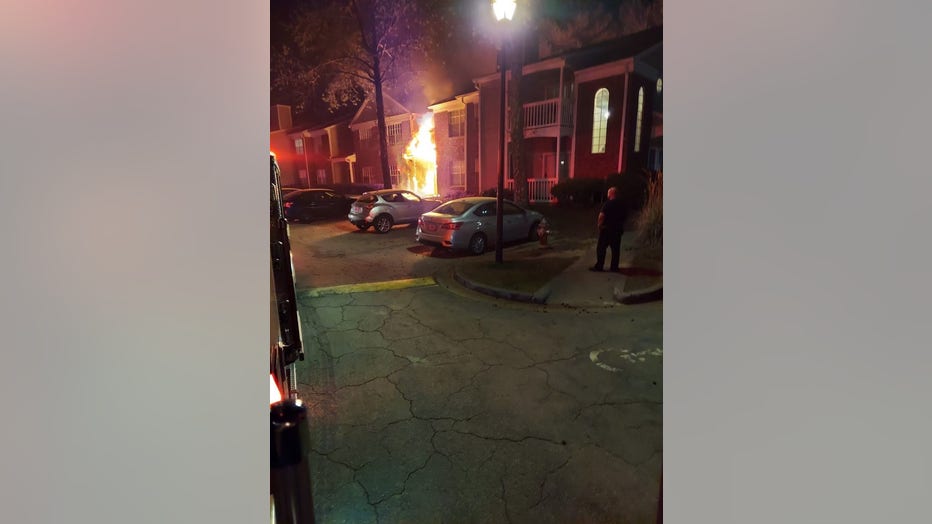 While the cause of the fire is undetermined, investigators believe it began on the rear balcony of a main floor unit.

Officials contacted the American Red Cross for temporary assistance to the victims.