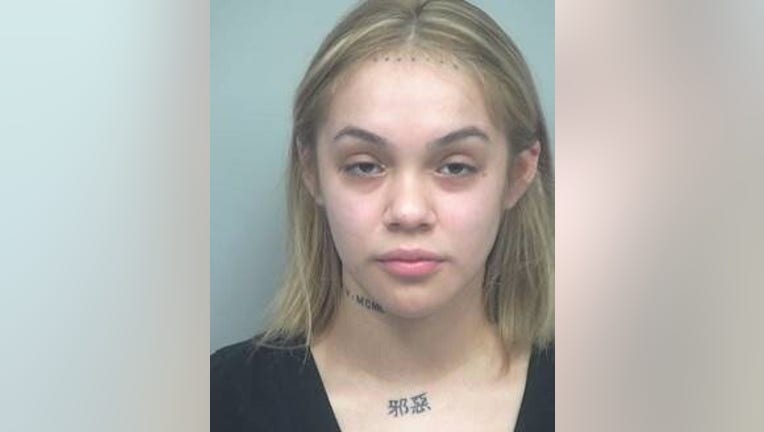 NORCROSS, Ga. - A teenage girl has been charged with two separate murders almost a year apart in Gwinnett County.

Leslie Garcia-Juarez, 16, of Norcross, has been in the custody of the Georgia Department of Juvenile Justice, Regional Youth Detention Center in Gainesville since the end of last year charged with aggravated assault and felony murder in connection to the murder of a 22-year-old Duluth resident Adaph Aimable.

Gwinnett County police said Aimable was found shot inside an apartment in the 4300 block of Satellite Boulevard on the morning of Dec. 29. Aimable was rushed to the hospital but later died.

On Monday, Leslie Garcia-Juarez was charged with felony murder and aggravated assault in a separate case that happened almost a year to the day earlier and less than four miles away at a Norcross apartment.

The Georgia Bureau of Investigation said the body of Osiel Montano, 19, of Norcross, had been found in an abandoned apartment at the Spring Lake Apartment complex located at 100 Chase Common Drive on Dec. 30, 2019. Investigators said Montano suffered from a single gunshot wound to the head.

The Norcross Police Department requested the help of the Georgia Bureau of Investigation.

After a lengthy investigation, the GBI was able to link Garcia-Juarez to crime. She is being charged as an adult in both cases.