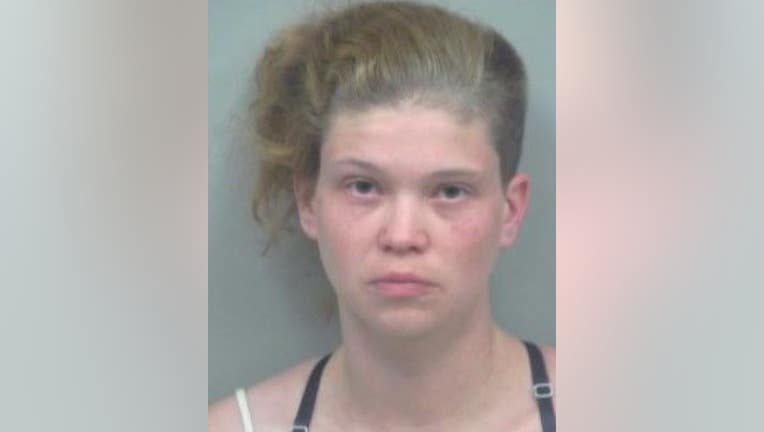 GWINNETT COUNTY, Ga. - The driver of a van that crashed over the weekend, killing six people and injuring others, on Interstate 85 has been charged in connection to the wreck, Gwinnett County police said.

Monica Manire was arrested Wednesday on six counts of homicide by vehicle in the first degree and a charge of reckless driving. She was also charged with improper lane change and four counts of serious injury by vehicle, police said.

Investigators believe Manire made a reckless change of lanes from I-85 to I-985, which caused the van she was driving to flip on its side.

She was taken into custody and was being held at the Gwinnett County Jail.

What we know about the van crash on I-85

There were 16 people in the 2002 Dodge Ram van, which belonged to a sober living group, according to the Gwinnett County Police Department.

An accident report initially stated the van was approaching the I-985 split, traveling north, when an unknown vehicle unexpectedly changed lanes in front of it. The van lost control and rolled onto its side before sliding across two lanes on I-985 and striking the guard rail.

6 people died and 10 others were injured after a fiery crash in Gwinnett County along I-85.

Earlier Wednesday, Gwinnett County police released the 911 calls and the names of the six female passengers who died when the van crashed. The victims were all from Georgia:

Medics rushed nine other people to the hospital that evening with everything from cuts and bruises to severe burns.

"They're pulling people out of the car and some are on fire but the pedestrians are taking their clothes off and patting them down," said a female caller.

One driver told the 911 dispatcher the van driver tried to go from I-85 to I-985, hit the bank, and flipped before bursting into flames.

Investigators would still like to hear from other drivers who witnessed the crash to get a better sense of what went wrong as loved ones of the six women who died prepare for funerals.

Editor's note: This story has been updated to reflect the correct charges of vehicular homicide the suspect is facing.