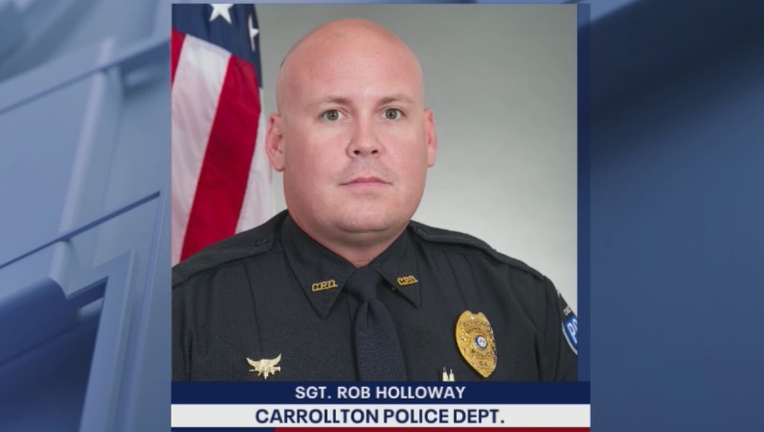 Sgt. Rob Holloway, 39, sustained a brain injury when a bullet struck him in the back of the head, among other injuries, during a high-speed police chase in Carroll County.

A spokesperson for the Shepherd Center said he was admitted to the intensive care unit on Monday for evaluation, care and observation before beginning therapy.

The Carrollton Police Department showed its support for Holloway on Monday by escorting him from Grady Hospital to Shepherd Center. The escort also included members of the Atlanta Police Department's motor unit.

In a Facebook post one week after the shooting, Carrollton police said Holloway's Grady Hospital neurosurgeon removed the final tube from his head and said he was doing "amazingly well."

Police said the surgeon added she is optimistic that he will be able to walk, talk and move as he did before.

The spokesperson wrote the Holloway family appreciates the outpouring of support from the community, but requests privacy.

A fundraiser was established for Holloway's medical-related expenses.

Holloway was one of three officers from three separate agencies injured in the violent April 12 police chase.

Court documents said Shelton was driving the car, as his cousin, Pier Shelton, 28, shot an AK-47 at officers in pursuit.