ATLANTA - NFL insider Adam Schefter reported Tuesday morning that running back Todd Gurley has passed his physical in Atlanta, two months after agreeing to terms with the Falcons.

Travel bans amid the coronavirus pandemic prevented him from travelling to complete the physical initially.

The framework of the $6 million, on-year deal was completed on March 20, less than 24 hours after Gurley was released by the Los Angeles Rams. Final details of the agreement were completed on Monday, allowing the team to formally announce the deal.

Gurley's physical was notable because he had a persistent left knee injury that limited his effectiveness late in 2018. The issue carried over into last season, even though he played in 15 games. However, general manager Thomas Dimitroff said in early April that though they "looked closely at it," he's confident Gurley will pass his pending physical and contribute for Atlanta in 2020. 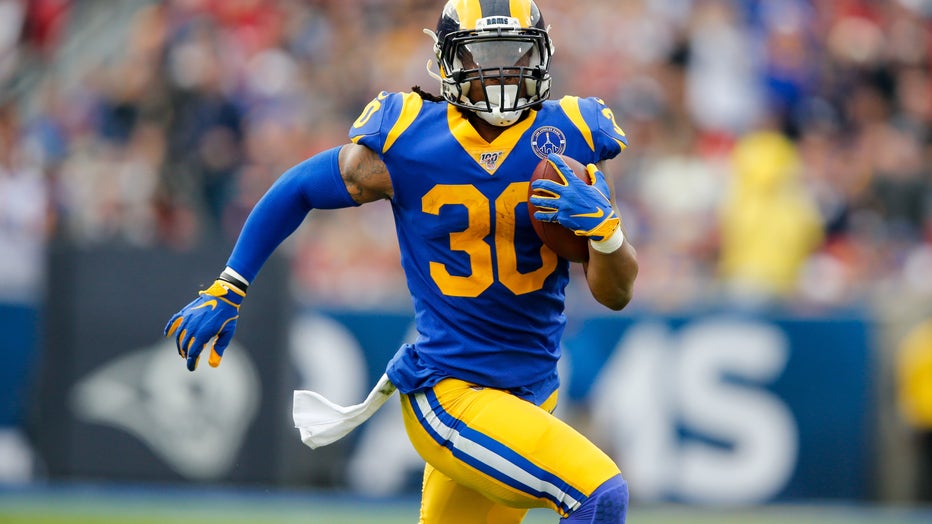 "As far as him contributing to our team if and when — which I'm going to say 'when' he passes our physical — I think he's going to do a very good job contributing to this offense," Dimitroff said on April 7. "Thinking about all the skills that he brings to the table for us — not only as a runner but as a guy that can catch ball — again, we are very encouraged by what we think he can add to us."

The 25-year-old Gurley is expected to replace Devonta Freeman, who was released, as the leader of the Falcons' running attack.

Gurley rushed for more than 1,000 yards in three of his five seasons with the Rams. He ran for a career-low 857 yards with the Rams last season. His average of 3.8 yards per carry was the second-lowest of his career.

Matt Ryan said he's worked with Gurley already and is impressed with what he's seen from the former Georgia Bulldog.

"I was able to spend a couple of weeks getting to know him a little better, getting a feel for him as an athlete. He's extremely versatile as an athlete. He looked great. He looked healthy and ready to go. I was impressed with that," Ryan said Tuesday in a media conference call. "The thing that struck me the most, though, is how smart of a player he is, and his ability to retain information and not have to circle back on things the next day. If I told him once how we were trying to work something or a route concept or what we were expecting, he doesn't forget it. He was back the next day, on top of it and doing it the right way."