ATLANTA - Even after the Falcons announced they'd agreed to terms with former Georgia Bulldog and Los Angeles Ram Todd Gurley, doubts about the health of his left knee remained. 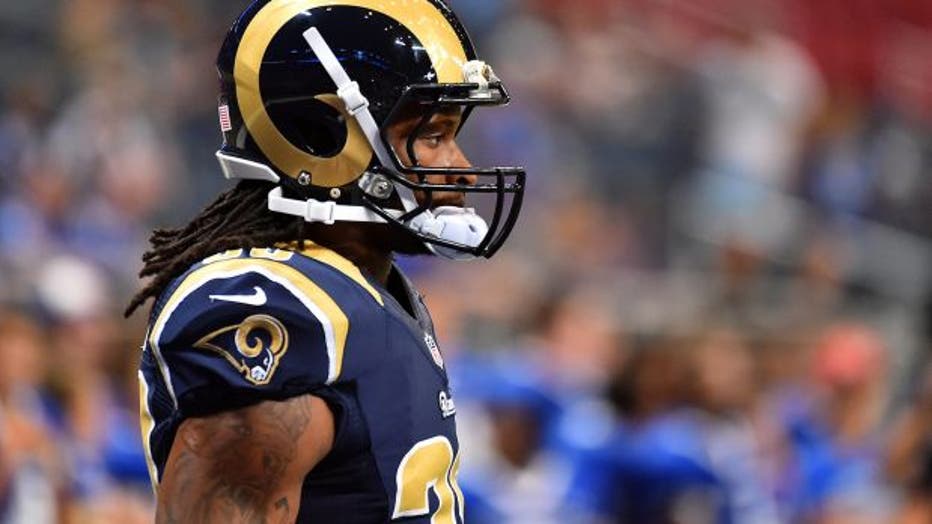 Falcons general manager said Tuesday that though they "looked closely at it," he's confident Gurley will pass his pending physical and contribute for Atlanta in 2020.

"As far as him contributing to our team if and when — which I'm going to say 'when' he passes our physical — I think he's going to do a very good job contributing to this offense," Dimitroff said. "Thinking about all the skills that he brings to the table for us — not only as a runner but as a guy that can catch ball — again, we are very encouraged by what we think he can add to us."

The three-time Pro Bowler and 2017 Offensive Player of the Year was released on March 19 by the Rams, which increased speculation about Gurley's knee, surgically repaired back in 2014.

But, Dimitroff added he believes in a rotation at running back, "with Todd Gurley at the front of the line."

Questions about Gurley's durability continued last year, though in five seasons he has produced 5,404 career yards and 58 touchdowns on the ground, along with 12 touchdown catches.

"We have language in our contracts that are going to protect us and the player," Dimitroff said. "If the player comes in and has an issue that he might not pass a physical, then that's something that we'll address then. We're not looking at it that way. In our mind, we're thinking about Todd Gurley coming in (and playing for us)."