ATLANTA - The Atlanta Falcons have announced their one-year agreement with running back Todd Gurley.

The framework of the $6 million deal was completed on March 20, less than 24 hours after Gurley was released by the Los Angeles Rams. Final details of the agreement were completed on Monday, allowing the team to formally announce the deal. 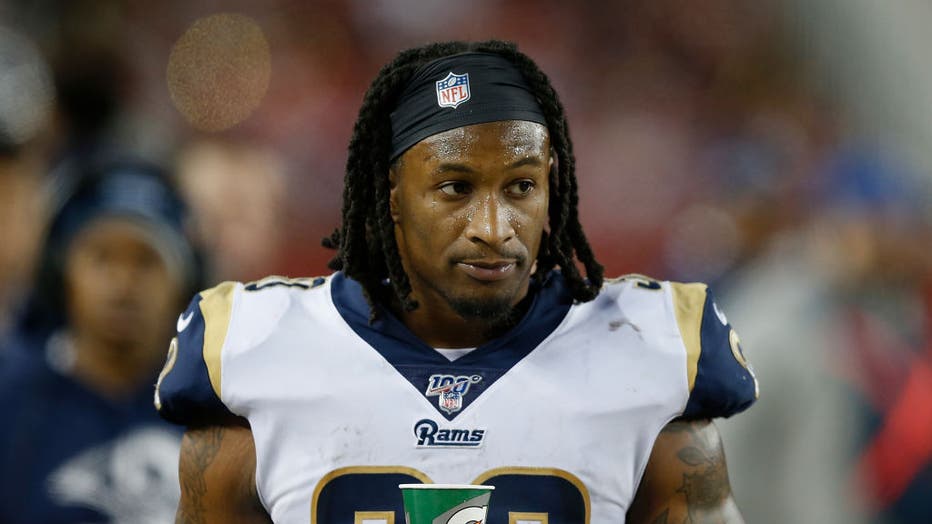 SANTA CLARA, CALIFORNIA - DECEMBER 21: Todd Gurley #30 of the Los Angeles Rams looks on from the side line in the second quarter against the against the San Francisco 49ers at Levi's Stadium on December 21, 2019 in Santa Clara, California. (Photo by

As is the case with other free agents who have reached agreements, Gurley still awaits a physical. The NFL isn't allowing players to report to new teams immediately for those physicals during the coronavirus pandemic.

Gurley's physical will be especially important. He had a persistent left knee injury that limited his effectiveness late in 2018. The issue carried over into last season, even though he played in 15 games.

The 25-year-old Gurley is expected to replace Devonta Freeman, who was released, as the leader of the Falcons' running attack.

Gurley rushed for more than 1,000 yards in three of his five seasons with the Rams. He ran for a career-low 857 yards with the Rams last season. His average of 3.8 yards per carry was the second-lowest of his career.

Gurley is one of two prominent free-agent additions for the Falcons, who also agreed to a $48 million, three-year deal  with outside linebacker Dante Fowler. Fowler will be expected to replace Vic Beasley Jr. as the team's top pass-rusher.