Fans excited to cheer on Braves in World Series

COBB COUNTY, Ga. - A few days after the Braves’ big win, the smile on some diehard fans’ faces still hasn’t worn off.

The 4-2 victory over the Dodgers secured the Braves’ spot in the World Series, which begins on Tuesday.

"Go Braves, go Braves!" shouted Andy Anderson, who was waiting in the long line. "I’m happy to be here, happy to be a part of them." 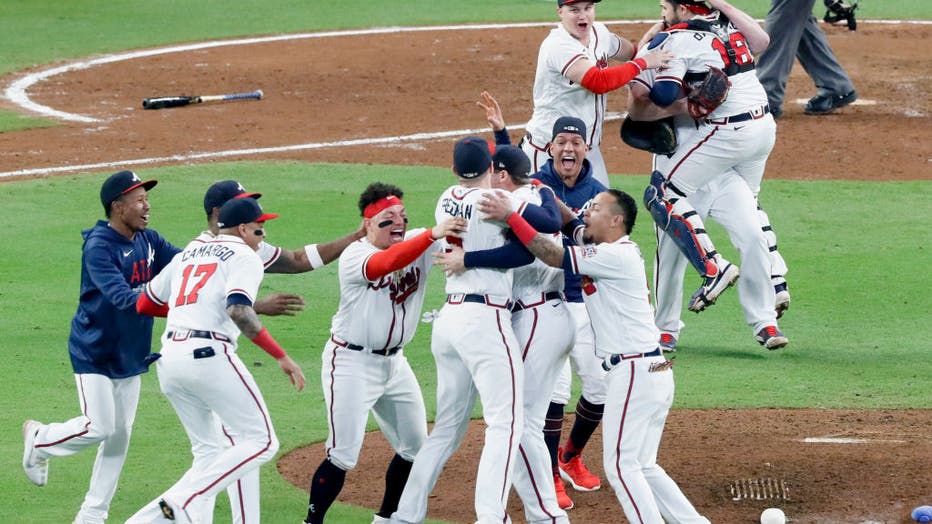 "Watching that happen, we were watching with some friends, and all of our hands went up and everybody was clapping. My wife was crying," Elya said. "Happy tears!"

Matt Johnson said since it’s been more than two decades since the Braves have made it onto the World Series stage, he had to cop some gear.

"It’s been 22 years since they made it, so I wanted to get some World series stuff," Johnson said.

WHERE TO GET WORLD SERIES SHIRTS, HATS, AND OTHER MERCHANDISE

The Braves not only beat the Dodgers - but also the narrative, Elya added.

"After what happened last year and seeing the Braves get so close every year, to finally get there, it runs deep with hard-core fans," he said.

Monday, Braves fans will cheer on their home team at Truist Park, where the players will gather for a big World Series send-off to Houston. The Astros host games one and two on Tuesday and Wednesday. Then, both teams are headed back to Truist Park for games three and four on Friday and Saturday.

The confidence level among fans — higher than the 400 section in the ballpark.

"I thought that the LA series was going to be tough, I didn’t know that they would win," Elya said. "But since they did win, I think they can be anybody."

If needed, the teams will stay in Cobb County for game five on Sunday.

You’ll be able to catch all of the World Series action all week on FOX 5.