ATLANTA - The Falcons confirmed they are getting another edge rusher via a trade with Miami.

Just Wednesday, the Falcons announced they would not be picking up Takk McKinley's fifth-year option.

McKinley came to the Falcons as the No. 26 overall pick in the 2017 draft, and Harris was selected just a few picks before him in that draft at No. 22 overall. 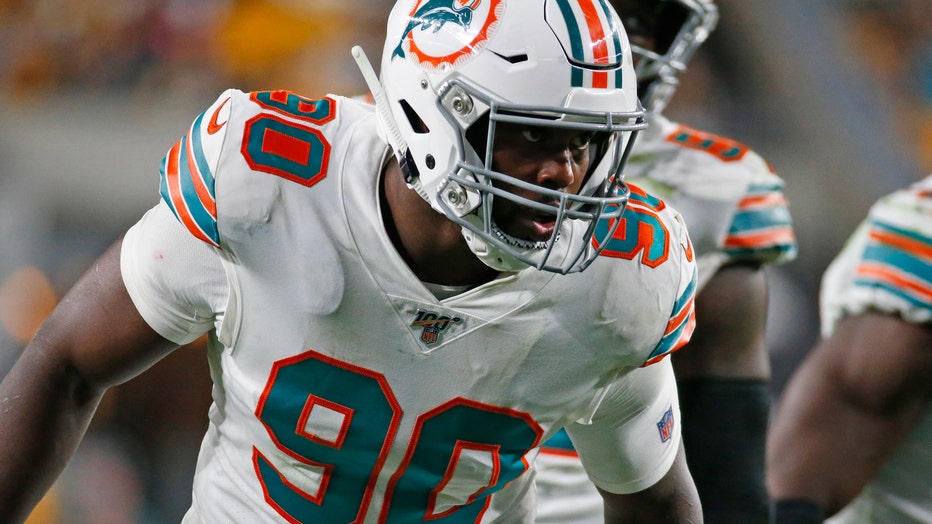 PITTSBURGH, PA - OCTOBER 28: Charles Harris #90 of the Miami Dolphins in action against the Pittsburgh Steelers on October 28, 2019 at Heinz Field in Pittsburgh, Pennsylvania. (Photo by Justin K. Aller/Getty Images)

Harris was a two-time second-team All-SEC pick at Mizzou, posting 30.5 tackles for loss and 16 sacks in his two seasons as a starter.