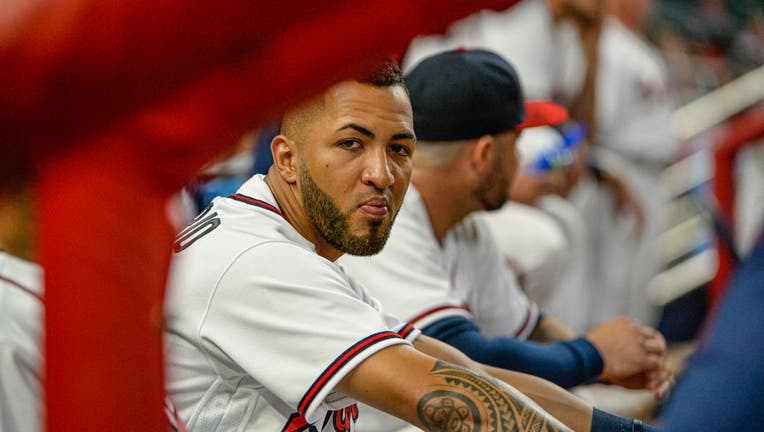 ATLANTA - The Atlanta Braves placed outfielder Eddie Rosario on the injured list one day after the team announced he would have a laser procedure to correct blurred vision and swelling in his right eye.

The Braves said the outfielder, who hasn't drawn a walk this season and is batting .167 in 30 plate appearances, saw a retinal specialist on Monday for blurred vision in his right eye.

It's not clear what might have caused Rosario's vision problems.

The Braves signed Rosario, who was the National League Championship Series MVP, to a two-year, $18 million contract during the offseason.

The Braves acquired a scuffling Rosario from Cleveland at the 2021 trade deadline for veteran infielder Pablo Sandoval. Rosario recorded a .685 OPS in 306 plate appearances with Cleveland before he recorded a .903 OPS with Atlanta.

Rosario homered three times in the National League Championship Series against the Dodgers, including a three-run homer in the series-clinching win at Truist Park. He set an Atlanta franchise record and became the fifth player in baseball history to record 14 hits in a postseason series.

Woods is a 2018 draft pick for the Braves and has a 4.40 ERA and 66% strikeout rate in four Minor League Baseball seasons. He started the 2022 season assigned to Double-A Mississippi before being reassinged to Triple-A Gwinnett on April 19.