Mays High School senior Termarr Johnson is one of the top-ranked prospects in this year's MLB Draft and he comes from an unexpected place.

ATLANTA - Metro Atlanta looks to be well represented once again in this year's Major League Baseball draft. MLB.com currently has three Atlanta area high school players in their top 10 prospects. Two of those players come from powerhouse Gwinnett County programs in Druw Jones from Wesleyan and Dylan Lesko from Buford. The third Atlanta player in the top 10 comes from a high school that might not be your first guess.

Mays High School has had its share of baseball talent, putting players into Division I programs, but coaches say they've never had someone quite like Termarr Johnson.

"His bat is unreal, his hustle, attitude, character kid. In the classroom Termarr is number 3 in the class. He has a 4.3 GPA. On and off the field, he's that guy," said Mays assistant coach Michael Jennings.

It takes about two seconds of watching the Mays Raiders to see who their captain is.

"I think my leadership gets better by every game. Showing myself as a leader and one of those guys who guys can look to when they're down and things like that. I bring some energy. I'm always smiling, I'm always happy and I'm always loud" said Johnson.

That's because when he's in that Mays powder blue, Johnson is home. 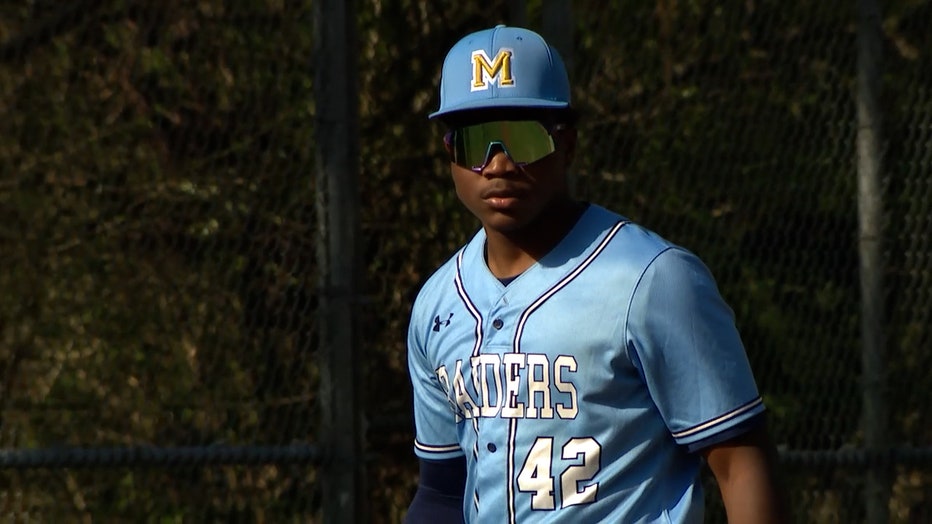 Johnson has the talent to where any private school in the city would have gladly welcomed him, but having grown up in the Atlanta Public School system, this is where he wanted to finish.

"That's one of the biggest reasons that I stayed here. Those guys kept me humble. No matter who I am and how good of a baseball player I am, I'm still a person," said Johnson.

While he is hitting over 500 in high school ball at Mays, Johnson also plays travel ball at East Cobb providing him a dynamic that he says makes him more well-rounded.

There has been much written about how only 7 percent of Major League Baseball players are African American in 2021, but Johnson has had examples of black players from Atlanta making their way to the show. Most recently CJ Abrams, drafted 6th overall in 2019 out of Blessed Trinity who just made the opening day roster for the San Diego Padres.

"I look up to those guys. I used to watch CJ in high school. I used to watch Myles Austin. I used to watch all those different type of guys growing up through when I was in middle school. Just seeing their path, and to see that I can have a similar path and can do the same kind of thing that they did. It makes me want to work harder and be a better baseball player," said Johnson.

While he has a bright future and an exciting summer ahead with the MLB Draft, Johnson says he isn't ready to stop being a Mays Raider just yet, especially with the GHSA baseball playoffs upcoming.