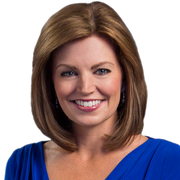 Wake up with FOX 5 Storm Team meteorologist Joanne Feldman every weekday on Good Day Atlanta! Always ready to help plan your day, Joanne has a deep passion for meteorology and the great state of Georgia.

Joanne is an Emmy Award-winning and AMS Certified Broadcast Meteorologist with the FOX 5 Storm Team. She grew up in Marietta (a proud graduate of Lassiter High School) and returned home to join FOX 5 Atlanta in 2007.

Her broadcasting career began when she was one of two graduate students selected to forecast for Penn State's daily weather magazine, “Weather World” - a show that has a surprising following all across the state of Pennsylvania. From there, she headed to Fresno, California to work at KMPH, and later KFSN, as the weekend meteorologist. Not long after making the move to KFSN, she became the news anchor for the station's top-rated morning show. After a couple of years honing both her broadcasting and forecasting skills, she was promoted to WTVD in Raleigh/Durham, North Carolina. Joanne spent five years there as the Chief Meteorologist covering tornado outbreaks, a historic ice storm, and numerous hurricanes - including the landfall of Hurricane Isabel in 2003.

During her time in Atlanta, she has been honored with three Emmy Awards - one for best weathercaster in the Southeast, and two for specialty reports on weather. In 2011, she was voted “Favorite Weathercaster in Atlanta” by the readers of Jezebel Magazine. Joanne also holds the prestigious Certified Broadcast Meteorologist designation from the American Meteorological Society. It is the highest designation offered to broadcasters after they have proven scientific competency and passed a rigorous exam.

In April 2019, Joanne helped launch the 10 a.m. hour of Good Day Atlanta, where she is a co-host covering the day’s lifestyle and entertainment news. While she’s not watching Georgia’s skies, she can be found in a ballet class, running, spending time with her husband, Chris, and their two children, and watching any good movie so many times that she knows the lines by heart. Joanne and her family live in Milton. 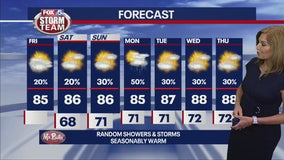 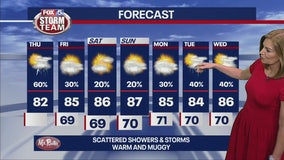 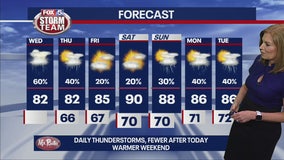 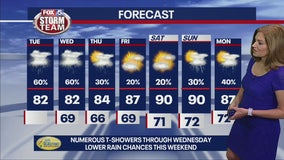 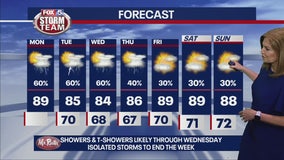 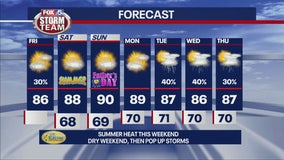 Summer heat this weekend, but mostly dry with a good chance of pop up storms. 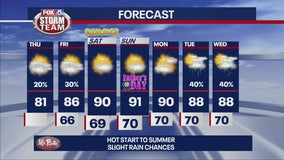 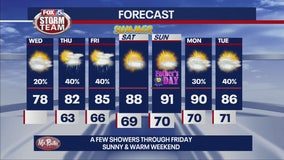 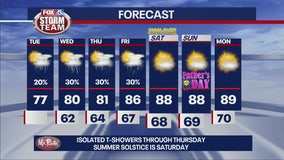 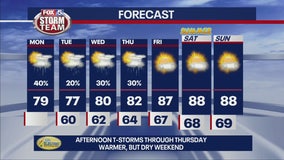