A Cobb County family is lucky to be alive after a work van slams into their pickup truck along Veterans memorial Highway on Tuesday. Police believe the man was under the influence of drugs and now faces multiple charges.

COBB COUNTY, Ga. - A wrong-way driver shut down a major Cobb County highway after a head-on crash. Video obtained by FOX 5 shows the van crashing into a parked pickup truck.

It happened along Veterans Memorial Highway near the intersection with Davis Drive. Cobb County police said a sergeant was on his way to work when he saw a Dodge Ram 3500 van driving erratically and crossing over the opposite lanes.

"They observed the vehicle driving very erratically. going from sidewalk to sidewalk on both sides of the roadway, crossing into oncoming traffic," said Sgt. Wayne Delk.

'DEADLY USE OF FORCE' 'JUSTIFIABLE' AFTER COWETA DEPUTY FIRES AT DRIVER DURING HIGH-SPEED CHASE, DA SAYS 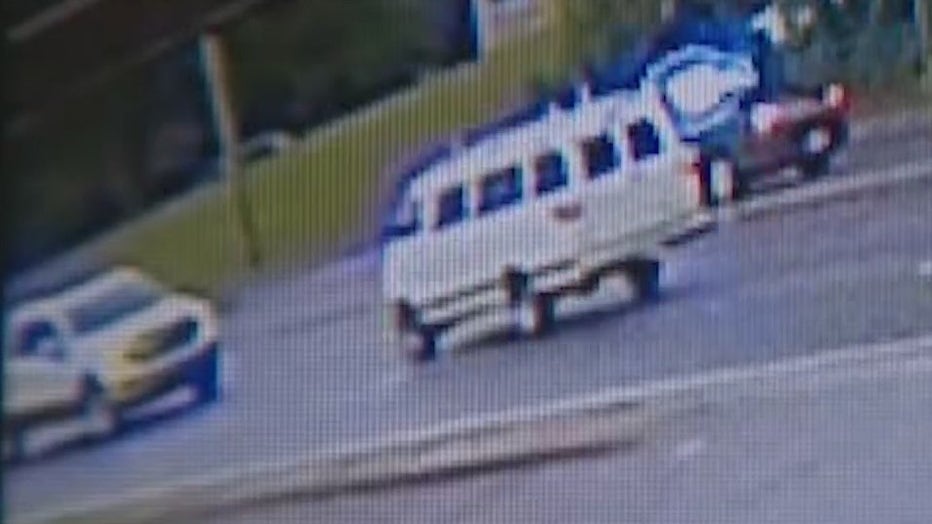 Police unsuccessfully attempted to use a PIT maneuver to disable the vehicle but were able to slow down the vehicle a bit.

The van crashed head-on into a Ford F-250. Police said a family of six was inside the truck, and several passengers were hospitalized with non-life-threatening injures.

"No life-threatening injuries to them, thank goodness, the driver who they were actually chasing in this instance, it appears that he was suffering from some sort of... had some sort of drugs in his system," Sgt. Delk said.

The driver of the van, Marcello Iacono from Powder Springs, was administered Narcan at the scene and taken to an area hospital.

Police noticed a van driving erratically and tried to disable the vehicle. The van crashed head-on with a truck, sending a family to the hospital with non-life-threatening injures. Police believe the driver was under the influence of drugs.

The family in the pickup truck was also taken to the hospital for treatment.

"This could have been… ended a lot worse. Luckily, we had an off-duty officer who actually observed this and then acted as soon as he saw it," Delk said.

The Georgia State Patrol is investigating the incident.