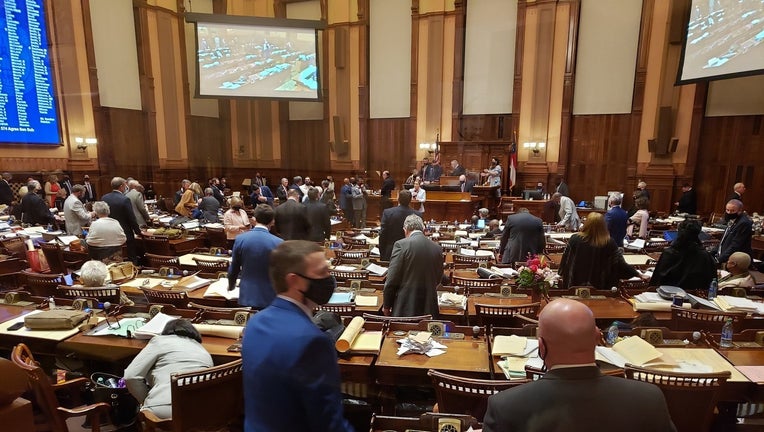 ATLANTA - Georgia lawmakers were busy on the final day of the 2021 General Assembly. The only constitutional obligation lawmakers are required is to pass each general session a budget, something lawmakers worked well into the evening hashing out.

"The add-backs that the governor put back for K-12 were really the biggest parts of the budget," said Senate Appropriations Committee Blake Tillery, a Vidalia Republican. "The second biggest add, you’re going to see in behavioral health." 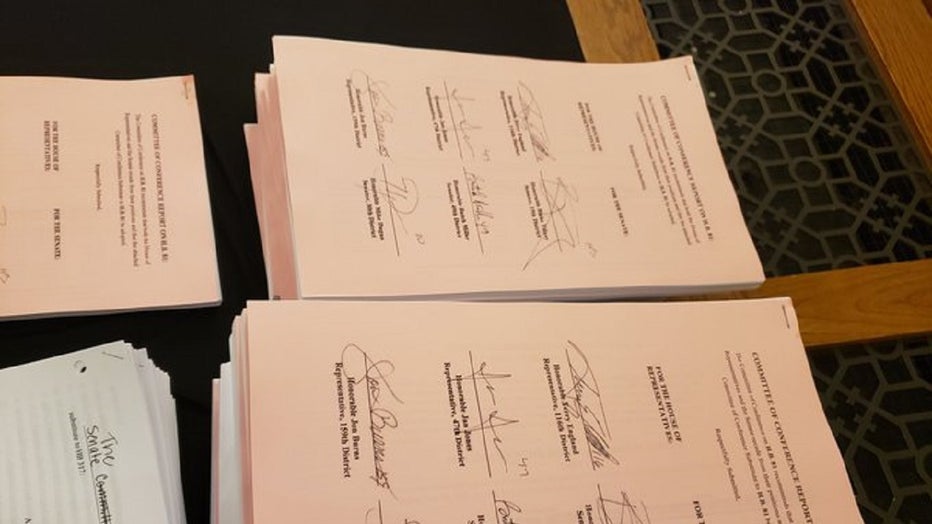 House Appropriations Chairman Terry England said the budgets lawmakers have worked on since May of last year have been the most in-depth he's ever worked on.

The budget had to sit on lawmakers' desks in the House for an hour and in the Senate for two hours so that members have a chance to review it before they vote.

Already in this session, the legislature passed election reforms and small income tax cuts. Some things are still too far apart in the chambers to pass, but because it is the first of a two-year cycle, the bills still have a chance next year.

Here is a look at some of the bills and resolutions that passed or died this session:

Just 13 deaths after the death of Ahmaud Arbery, Georgia lawmakers have voted to strip citizen's arrest from state law. Arbery was gunned down in February 2020 by two men who claimed they were trying to execute a citizen's arrest. The House passed with a single "No" vote. Lawmakers have called the citizen's arrest law antiquated and no longer has a place in the state.

"It's just unbelievable. I never would've predicted that we would receive that kind of support and I think that it's just--makes me feel great because I think we were able to make people understand the difference between self-defense and citizen's arrest and why we do not need citizen's arrest," said State Rep. Bert Reeves, R-Marietta.

Georgia will raise the amount of money someone could earn before paying income taxes, cutting overall taxes by $140 million. Gov. Brian Kemp has already signed this bill.

This bill would broaden eligibility for a program that pays for children with special education needs to attend private schools. The House failed to consider House Bill 60, which would have created a new educational savings account program to provide vouchers for private schools and homeschooling.

The bill states the counties cannot decrease the annual police department budget by more than 5% of the previous fiscal year and over a rolling 1-year period. The bill includes exceptions for departments with less than 10 police officers or in cities where reduced revenue requires across-the-board reductions.

The phrase "defund the police" was a common refrain among protesters in the wake of officer-involved shootings and killings in 2020.

"When I saw calls in my own community to slash the police budget by 50%, I heard from constituents across the political spectrum that concerned them because you're putting families at risk and so that's why I introduced this bill.  Excited that we got it over the finish line.  This is so important to local communities... an important step forward," said Gaines.

A passed Georgia bill would prevent police departments from defunding their departments by more than 5 percent.

This bill was renewed until July 2022 Georgia’s law protecting businesses and others from being sued if someone blames them for contracting COVID-19.

Public schools would be required to let home-schooled students take part in athletics and extracurricular activities as long as they take at least one online course through the local school.

State lawmakers gave final passage on Wednesday to a bill aimed at cracking down on hazing in Georgia. The act, names for a Roswell teenager who died as a result of hazing at Louisiana State University four years ago, changed a bit from the original.

The legislation bans organizations like fraternities, sororities or even athletic teams at colleges, universities and technical schools in Georgia from forcing a student to perform any activity that could "endanger" their physical health or from coercing a student into consuming food, alcohol or drugs that could result in vomiting, intoxication or unconsciousness.

This bill makes it a felony for anyone to steal a package from three or more different addresses.

Senate Bill 33 would allow victims or state officials to file civil lawsuits seeking money damages against traffickers while Senate Bill 34 would make it easier for people who have been the victims of trafficking to change their names.

This bill offers three weeks of paid parental leave any time to nearly 250,000 state, public university, and public school employees after the birth, adoption, or foster placement of a child.

This bill would let voters decide whether to amend the state constitution to suspend the pay of elected state officials who are indicted.

This bill would create a path for some people to ask a judge to release them from probation after three years of supervision.

This bill would allow people with potential communication issues to include that information on their car registration so that a law enforcement officer is aware during traffic stops/emergencies.

The age for charging most people with adult crimes would have risen from 17 to 18 in Georgia.

This bill would have required 50 years of groundwater monitoring at coal ash ponds near power plants that are closed.

Georgia drivers wouldn’t be able to avoid penalties by telling judges they have purchased hands-free devices for their cellphones.

The Senate voted to table this bill for the session. The bill would have hospitals and nursing homes be required to allow patient visitors, after many cut visitor access because of the coronavirus pandemic.