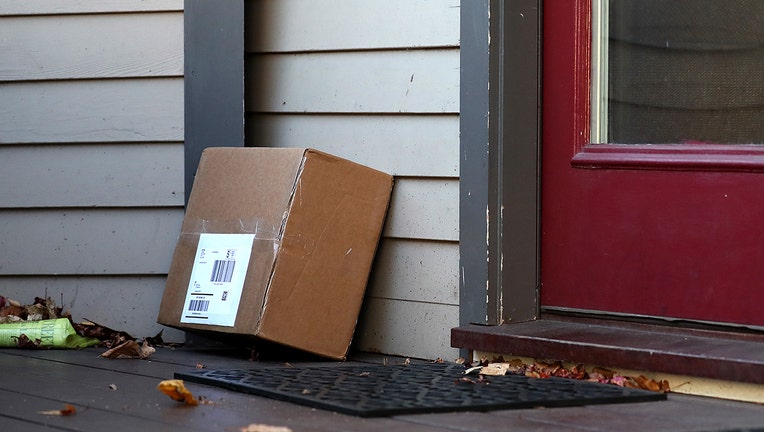 A package is pictured on the deck of a home on Putnam Avenue in Cambridge, MA on Nov. 22, 2016. (David L. Ryan/The Boston Globe via Getty Images)

ATLANTA - A bill that would make stealing packages from someone's front porch a felony passed the Georgia House of Representatives on Wednesday.

Bonnie Rich, R-Suwanee, spoke in support of new legislation in February 2020 when she said porch piracy was becoming more common. She was one of the House bill's six sponsors.

A summary of the bill says it establishes the crime of theft by possession of stolen mail and porch piracy. The bill provides definitions and penalties for the crimes and repeals conflicting laws.

"A person shall be guilty of the crime of porch piracy if such person takes, removes, or otherwise appropriates any envelope, bag, package, or other sealed article of another person without the permission of such other person from the porch, steps, or immediate vicinity of any entrance or exit of a dwelling," text of the bill reads.

If convicted of porch piracy, a person could be imprisoned for no less than year and up to five years, the bill says.