SB 33 and SB 34 are now set to head over to the Georgia House of Representatives.

The first bill would allow victims to sue their traffickers or anyone else who profited from their abuse in civil court.

The second piece of legislation would provide a new exception in Georgia law for trafficking survivors to request a legal name change under seal, rather than requiring them to publish public notices in their local newspaper.

"[We] had an incident in my district several years ago where a young lady was coerced by a human trafficking gang and was lured to a hotel near [I-85] in my district," recalled state Sen. Clint Dixon, R-Buford.  "They drugged her and she was just hours away from being shipped out of the county and the state when our local sheriff's department got a tip, raided the room, and saved this young lady.  If this bill would've been law then, it would've been a huge benefit to her and her family because they ended up having to change their name and moved out of the state." 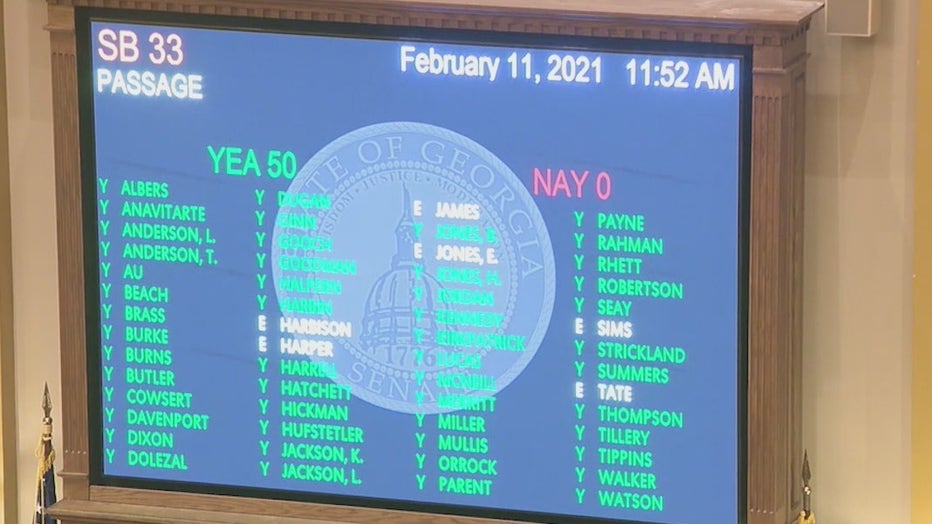 Sen. Dixon is the primary sponsor of both pieces of legislation, which he is carrying on behalf of Gov. Brian Kemp and First Lady Marty Kemp.

"I’m grateful for Senator Clint Dixon’s leadership in pushing meaningful legislation to combat human trafficking. SB 33 and SB 34 are important reforms to support survivors, and we’re proud to announce both received bipartisan support in the Senate and will move on to the House," Marty Kemp tweeted Thursday afternoon.

Both bills passed the Senate unanimously and must now go to the House where they are also expected to receive bipartisan support.