The third victim found dead at Pinetree Country Club in Cobb County has been identified as the club reopens all but the tenth hole of the golf course.

Henry Valdez, 46, of California, was one of two men found dead in the bed of the white pickup truck that came to rest teetering on the edge of a sandtrap near the tenth hole green on Saturday, police said. Investigators previously released the identity of the other man, 76-year-old Paul Pierson, of Kansas.

On Tuesday, investigators said the first victim that was located by responding police, golf pro Gene Siller, was gunned down on the course because he witnessed an active crime.

Four days after the incident, all but the tenth hole of the golf course reopened.

"I think Gene would have wanted us to come back and play," club member Dick Donegan said.

It was a somber return to the golf course for longtime members of the club near Kennesaw. 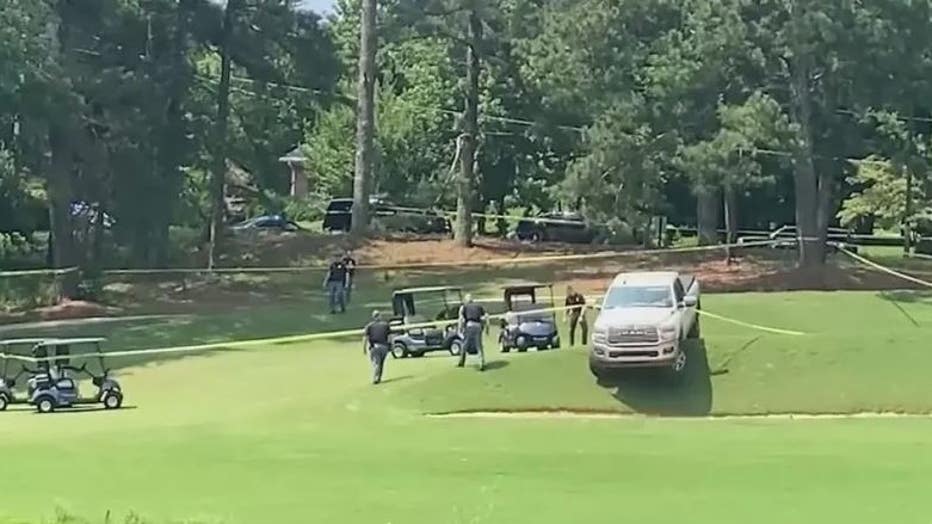 "I was in shock when it happened because I’ve never known anybody to be murdered before and now I'm mad," Donegan said.

On Wednesday, golfers were able to try their hand at another round again following this past weekend's deadly shooting.

"The sad thing is I spoke to him two hours before this happened. I was playing, I had a question for him," Donegan explained.  "I don't think I'll ever walk or play that hole ever again and not think about what happened there. It's just awful."

It's a tragedy longtime members said they've never experienced in their community, and are frightening knowing the killer is still on the street.

"I didn't see the actual shooting but my son was here and everybody saw him run away. He's on foot and he's got a gun. He's murdered three people. I don't know where he is or what he's done but I’m sure it's not good," Donegan detailed.

Anyone with information about this investigation is asked to call 770-499-4111 or email cobbpolicecrimetips@cobbcounty.org.