Resident pay respects at golf course where 3 were found dead

Friends, family, and area residents came by the tenth hole at the Pinetree Country Club’s golf course on Monday to leave flowers, cards, and well wishes for golf pro Gene Siller, who was gunned down there over the weekend. Two other bodies were discovered in a truck on the green. The suspect is still on the loose.

COBB COUNTY, Ga. - As police still hunt for the gunman who shot and killed a golf pro in Kennesaw and two others over the weekend, investigators are piecing together facts in the chaotic incident.

Police believe the Pinetree County Club golf pro Gene Siller was not targeted by the suspect but witnessed an active crime when he was on the tenth hole of the course where a pickup truck was parked on the green.

Police believe Siller might have seen two dead bodies in the truck. One of the victim's names, according to police, is Paul Pierson. The other is still unnamed. Police said they have no connection to the location.

Police said there is not an active threat to the public.

Cobb County police say Pinetree County Club golf pro Gene Siller was shot and killed on the tenth hole green because he was a witness to a crime. Investigators say there is no active threat to the country club or the community.

Police said they got to the call to come to the clubhouse located at 3400 McCollum Parkway in Kennesaw around 2:21 p.m. Saturday.  About 1,300 feet northeast of there, a white Dodge Ram 3500 was seen teetering on the edge of one of the two sandtraps surrounding the tenth hole.

When police arrived at the tenth hole, they found three men dead.

Law enforcement vehicles quickly filled the intersection of Frey Lake Court and adjacent Club Drive NW which leads to the tenth hole. Police said they first found an unresponsive man with an apparent gunshot wound to the head on the green. 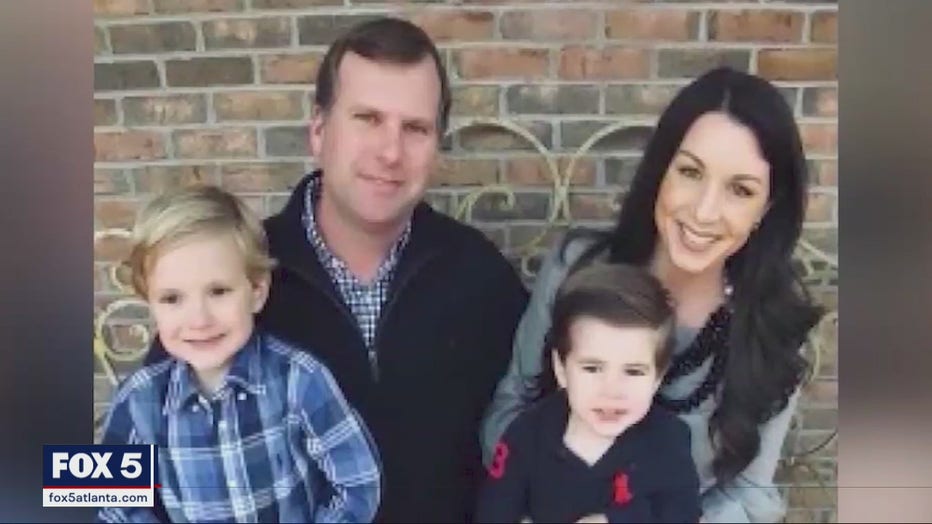 He was later identified as golf pro Gene Siller, who served as the director of golf at Pinetree. Police believe the killer abandoned the white pickup he was driving after shooting Siller and took off on foot.

A GoFundMe established for his family raised more than $18,000 by Sunday afternoon.