Shots were fired at the Pinetree County Club Saturday afternoon.

COBB COUNTY, Ga. - Cobb County police responded to the scene of a shooting at a country club Saturday afternoon.

According to a witness, a suspect drove a white pickup truck onto the golf course. A golfing instructor, later identified as Gene Siller, attempted to stop the vehicle. A GoFundMe established for his family raised more than $18,000 by Sunday afternoon. 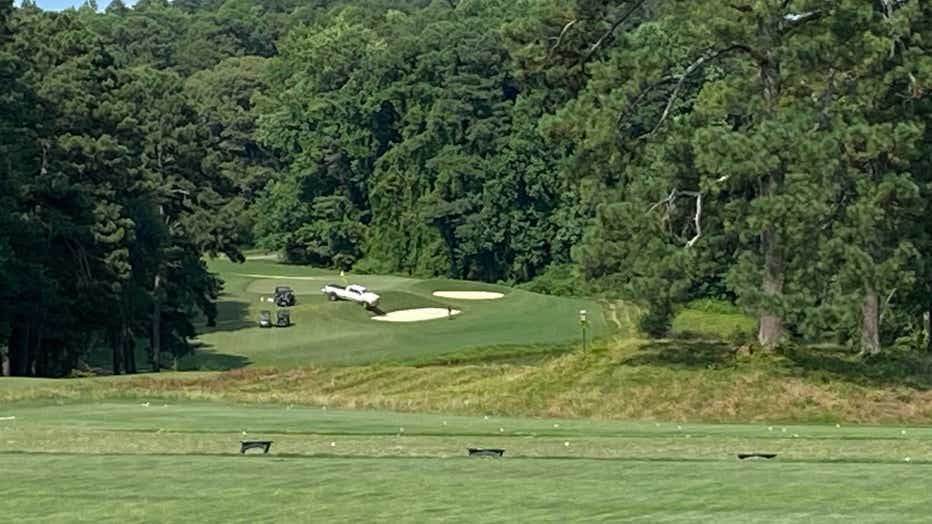 The victim's identity was not immediately made available.

No word on if the suspect remains at large.

Earlier the Kennesaw State Office of Emergency Management said a shooting incident had been reported near the school's campus.

KSU officials described the suspect as a Hispanic male  around 6 feet and 1 inch tall, weighing 170, and was to be "considered armed and dangerous."

Shortly before 5 p.m., KSU officials allowed for normal activities to resume and said there was no longer a threat to the campus.

FOX 5 New crews are on the scene working to learn more.

This story is breaking. Watch FOX 5 News at 6 for updates. If you have additional information, pictures, or video email newstipsatlanta@fox.com.