Public schools closed for the years and new executive order

Gov. Brian Kemp is issuing executive orders which close public school for the rest of the year and will compel Georgians to shelter in place.

ALBANY, Ga. - Southwest Georgia continues to be one of the biggest clusters of outbreaks of the COVID-19 virus in the United States, state officials said.

During a press conference Wednesday, Gov. Brian Kemp and Department of Public Health Commissioner Dr. Kathleen E. Toomey used the Albany area as an example of why a statewide shelter-in-place order is now necessary. 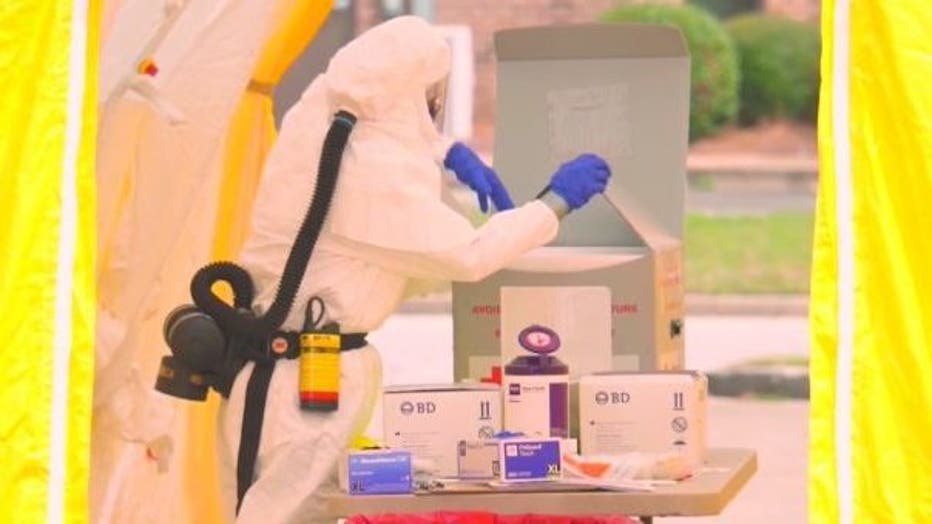 About one-fourth of all deaths from the coronavirus in Georgia have happened in the Albany area with the Phoebe Healthcare System reporting 33 deaths as of noon Wednesday.

“I believe there was funeral service weeks ago where an infected person went, and it created this whole epicenter which just exploded down there,” Gov. Kemp said.

Gov. Kemp, Dr. Toomey, and other state leaders hold a press conference to announce school being closed for the rest of the year as a shelter-in-place order is being drafted to begin Friday.

Since then, Phoebe reported 685 positive cases of COVID-19 with more than a thousand more people waiting for their test results.

Dougherty and Lee counties have had an increase of supplies shipped there by the state to help fight the new virus strain. The Georgia Department of Health has also sent an epidemiology team to the area to investigate and reallocate those resources.

In addition, the Georgia National Guard has dispatched two medical teams, one specifically to assist those in a senior living facility. Those teams were mobilized and successfully deployed all within 24 hours of the need having been identified.

Kemp stressed what happened in the Albany area if people don’t practice social distancing and break the soon-to-be-implemented shelter-in-place order. Both the governor and Toomey stressed the measures are to stop the spread of the virus and to ensure the state’s healthcare system does not become overwhelmed.

“That’s one of the reasons we have been begging people not have, and I know it’s a hard thing religious services,” the governor said.

"We're trying to ensure other cities like Athens, like Macon, like Savannah, don't become like Albany, which is now fighting the worst fight of any place in Georgia and have among the highest rates of COVID-19 in the county and in the world,” Toomey said.

For most people, the virus causes only mild or moderate symptoms, such as fever and cough. For some, especially older adults and people with existing health problems, it can cause more severe complications such as pneumonia. The vast majority have recovered.

It is those who only experience mild or no symptoms that the new shelter-in-place order has considered. That order will be released Thursday and take effect Friday.

One silver lining is Phoebes reports more than a thousand people have tested negative and about 242 people have fully recovered.