ATLANTA - A severe weather threat is over for north Georgia, leading to a calm, quiet day on Sunday while Georgians clean up the weather damage.

Parts of Georgia remain under a Tornado Watch until midnight, according to the National Weather Service. This includes 29 counties in central Georgia and four counties in northeast Georgia. 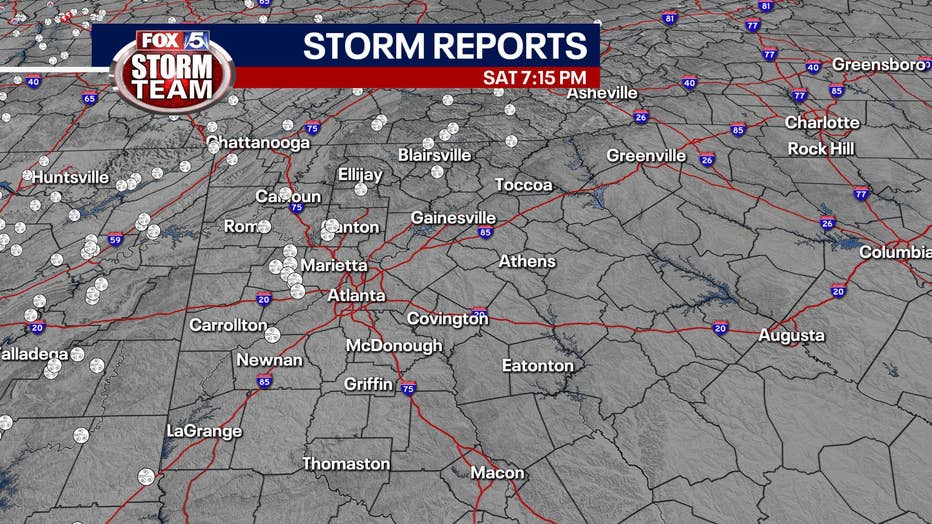 A Tornado Watch means conditions are favorable for the development of tornadoes.

Sunday is expected to be calm and partly cloudy with temperatures in the mid-60s. That sun won't last, however, with more rain and possible storms early next week. 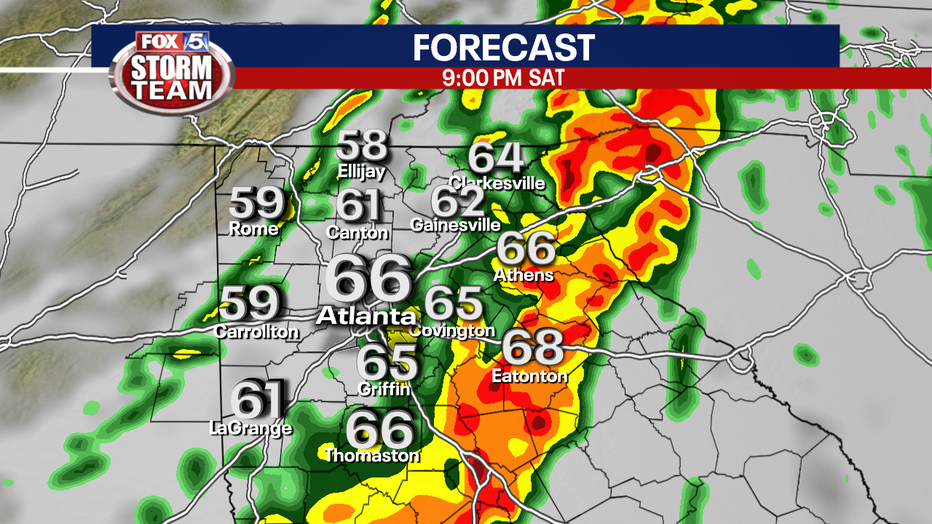 The line of storms arrived in Georgia around 4 p.m with the of damaging winds that reached up to 60 mph.

With the storms over, repairing the damage has begun. Officials at Georgia Power have already begun to work on the thousands of power outages throughout the state. 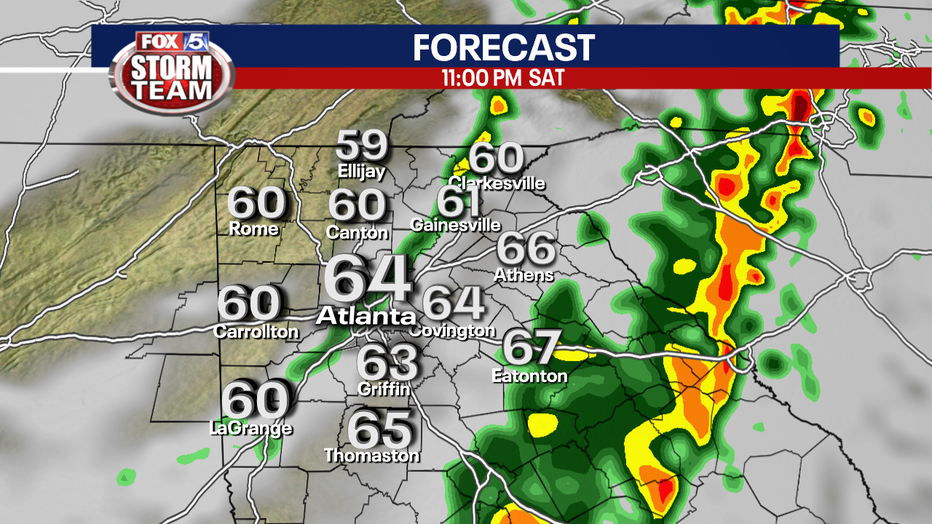 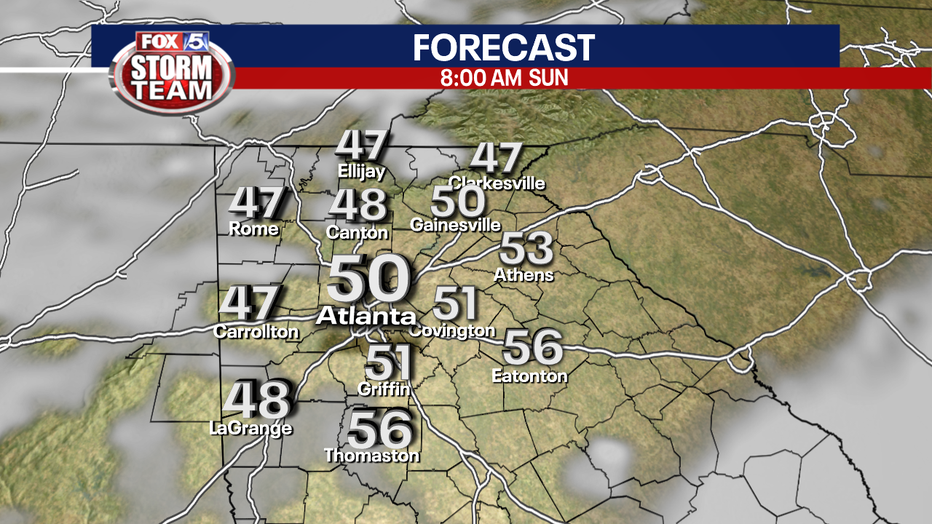 HOW TO PREPARE FOR POWER OUTAGES