A man is dead and two different version have emerged on the events that led to the death. An Atlanta police officer did fire his gun but it’s not yet clear if he killed 38-year-old Gabriel "Sam" Parker. While police are standing by the officer’s actions, the family said he did not deserve to die. New video has also surfaced of the very moment Parker was shot.

Parker was streaming live on his Facebook page the moment he was shot during a massive block party on James Jackson Parkway.

People who knew him said he was trying to break up a fight when the shots went off.

"Calm down, nephew, calm down," a man is heard saying in the footage obtained by FOX 5.

That’s followed by a succession of loud pops, before Parker’s phone drops to the ground and the screen goes dark.

Police confirm that an officer did fire his weapon during the shootout, but it’s unclear if an officer fired the shots that killed Parker.

It’s not clear if Parker was armed or if he was shooting. However, bystanders are heard in the video saying he did not have a gun.

The GBI has taken the lead on the investigation, which they say is "active and ongoing." 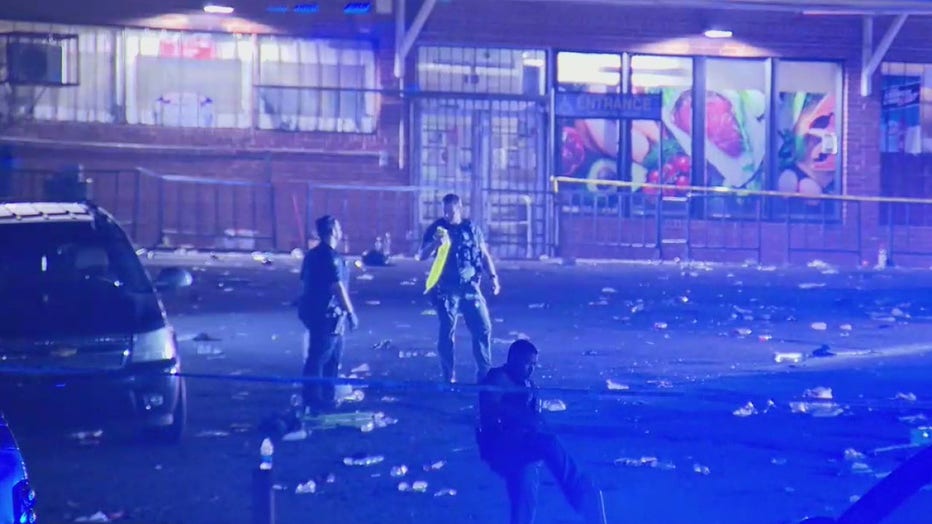 Family members think this was a case of police brutality.

"The only thing he was trying to do is defuse the situation," said Valerie Bryant, his wife of 19 years. "That’s it."

APD declined our interview request, but they have released an internal communication from Chief Rodney Bryant regarding the incident.

"Throughout my entire career as a member of the law enforcement community, I’ve learned that building trust among citizens is hard to earn," Chief Bryant said in a statement. "I am aware that there are many false narratives being shared on social media that will impact the trust we have worked so hard to build."

In it, he defended the officer’s actions.

"As tragic as this incident is, it’s clear that members of the APD responded with rapid intervention during an active shooter situation," Bryant wrote. "It is my belief that the actions of our officers reduced the potential for further harm."

At a news conference on Monday, Takita Davis, Parker’s cousin said they are demanding transparency from the department.

"We stood out there from 2 a.m. to 8:30 in the morning and all they would say to us is the GBI is investigating," she said. "If, if he was defending himself as I would’ve done, if I were in a situation where I’m being threatened with a gun, and I’m a licensed gun owner, could that have been me?"

The Fulton County Medical Examiner will conduct the autopsy on Parker’s body.