An Atlanta Police Department Officer at the scene of a northwest Atlanta block party shooting fired shots. It's unclear if the officer or someone else fired deadly rounds.

ATLANTA - The Atlanta Police Department and Georgia Bureau of Investigation are investigating Sunday after a deadly shooting at a block party.

Investigators said an officer fired their weapon during the incident but it's unclear if it was the officer or someone else who fired shots that killed a man and injured another.

Atlanta police said hundreds — up to possibly 1,000 — people were attending a "neighborhood reunion." Officers were already on-scene handling the event.

Gunfire between at least two people broke out at around 1 a.m., APD said. Atlanta police said an officer working during the party fired their weapon while others at the block party fired shots at the same time.

The GBI said an officer encountered two men with guns and fired shots.

The officer was not injured. The injured victims underwent surgery. FOX 5 Atlanta is working to learn their condition.

Two handguns were located at the scene, Atlanta police said. 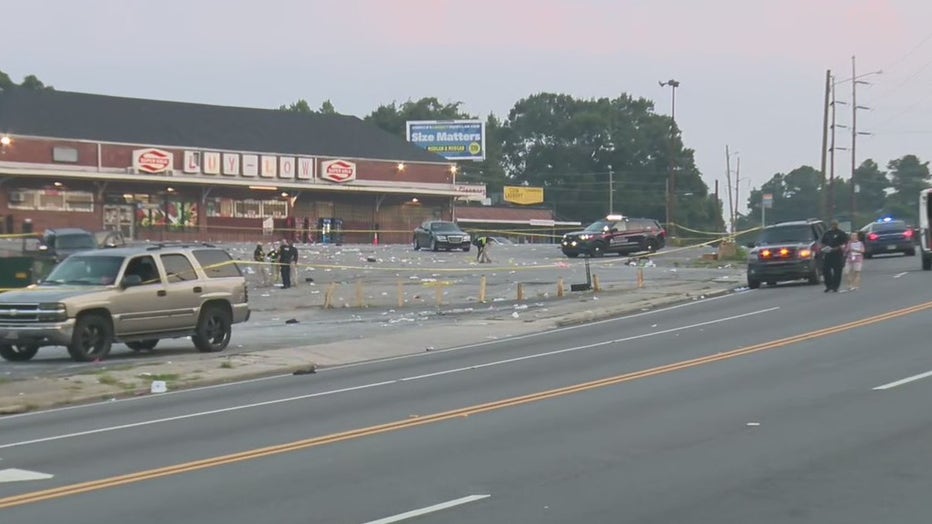 The GBI is considering the incident an officer-involved shooting and launched an investigation.

"There were several gunshots that rang out prior to the officer's discharge," Deputy Chief Timothy Peek said.

Fulton County Medical Examiner’s Office will conduct an autopsy, according to the GBI.