Sinkhole in Marietta a growing problem

All the rain metro Atlanta has had has caused several sinkholes to appear. A sinkhole in one Marietta yard looks more like a cavern. The homeowner says with each rain it grows a little bigger.

MARIETTA, Ga - All the rain has caused several sinkholes to appear across metro Atlanta. A sinkhole in one Marietta yard looks more like a cavern.

The sinkhole suddenly appeared in Marian Tiller-Chancellor's yard about three weeks ago. Thanks to all the wet weather we've seen, there's now another smaller one right next to it that seems to be growing.

The sinkhole on James Street has gotten a lot of attention. 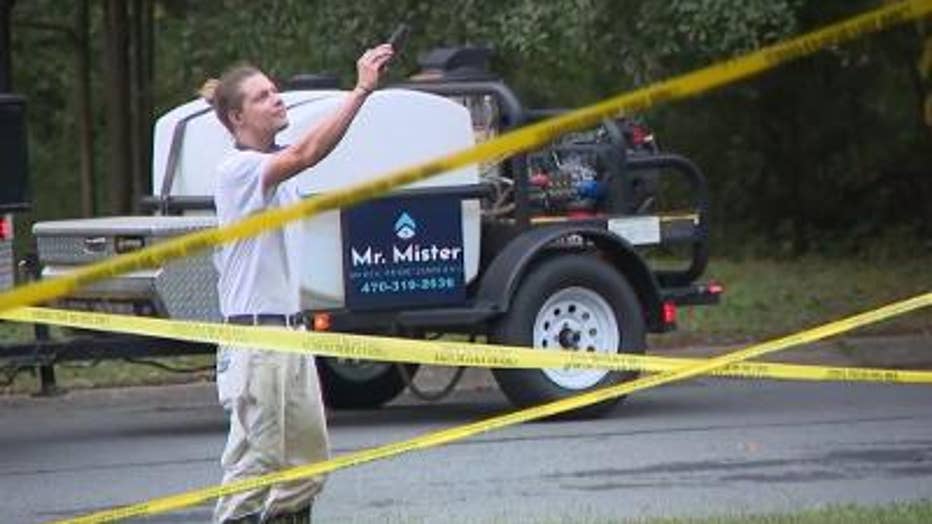 "I just came to see the sinkhole. you don't see it all the time. I've seen three sinkholes in my life, this one is by far the biggest," said Adriene Duplessis who was driving by and stopped to take a picture of the sinkhole. 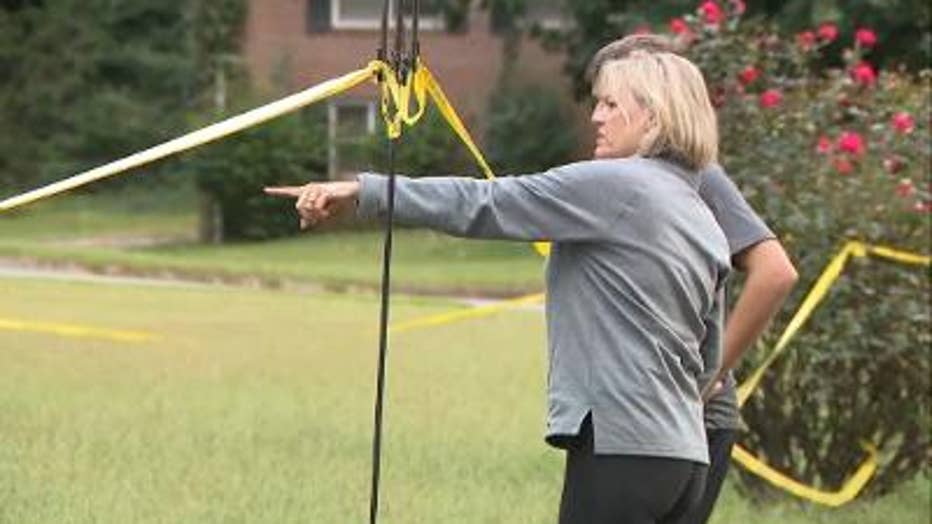 "We saw this a few weeks ago and stopped to look and heard it got bigger and came by and can't believe how much bigger it's gotten," said Penny Ferrell who stopped to take a look while she was with her family.

Next to the massive hole, a second, sinkhole has developed. It's about 3-feet wide and seems to be growing.

HUGE SINKHOLE TAKES UP MOST OF MARIETTA YARD 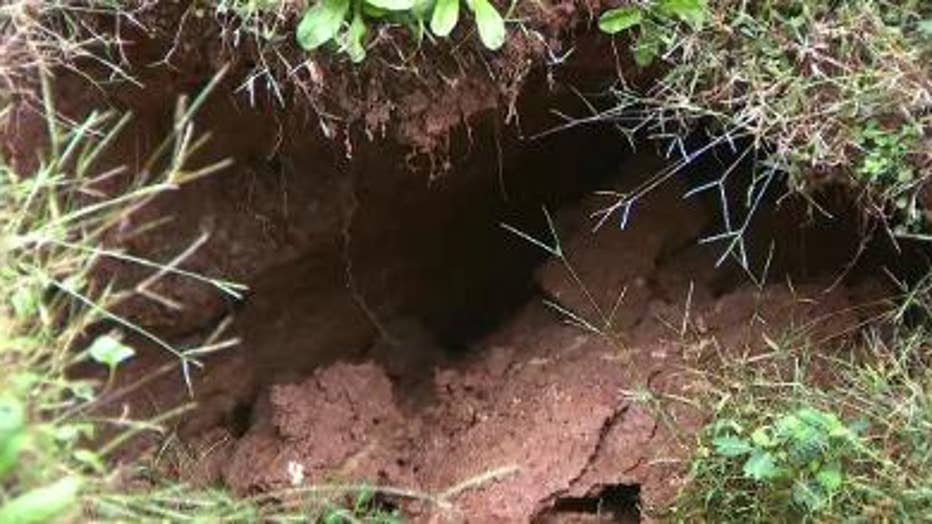 "It's been raining and opening wider," said Tiller-Chancellor.

Tiller-Chancellor says her family has lived here for 60 years. No one knew what was under the yard until it suddenly collapsed and exposed a huge pipe buried about 15 down. The pipe is now broken. 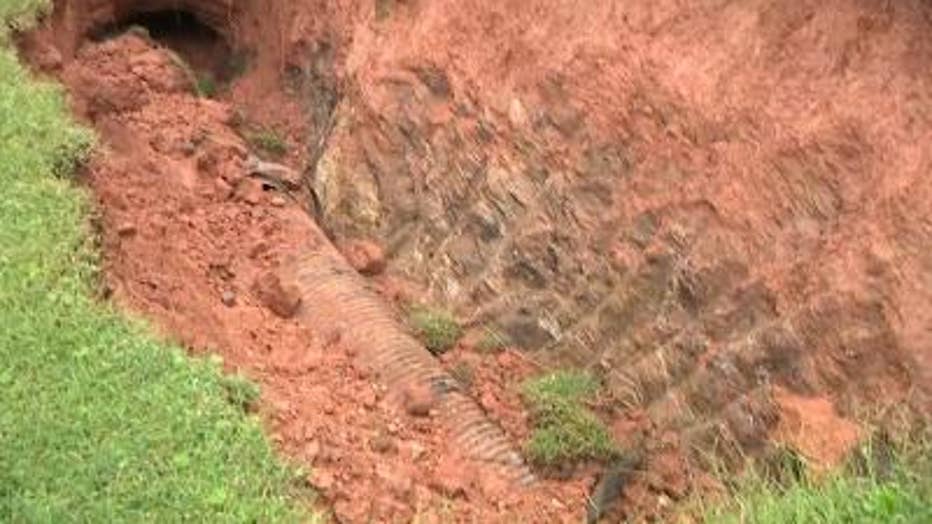 "I don't go to Home Depot to get that pipe, so the city or the contractors, the builders had to have put it there for the creek to roll through there," said Tiller-Chancellor.

Tiller-chancellor says the city needs to fix it, but Marietta city officials say it's not their pipe. They say it was installed by the developers of the subdivision back in the '60s when this area was unincorporated Cobb County.

COBB COUNTY COUPLE WANTS TO KNOW WHO'S RESPONSIBLE FOR SINKHOLE 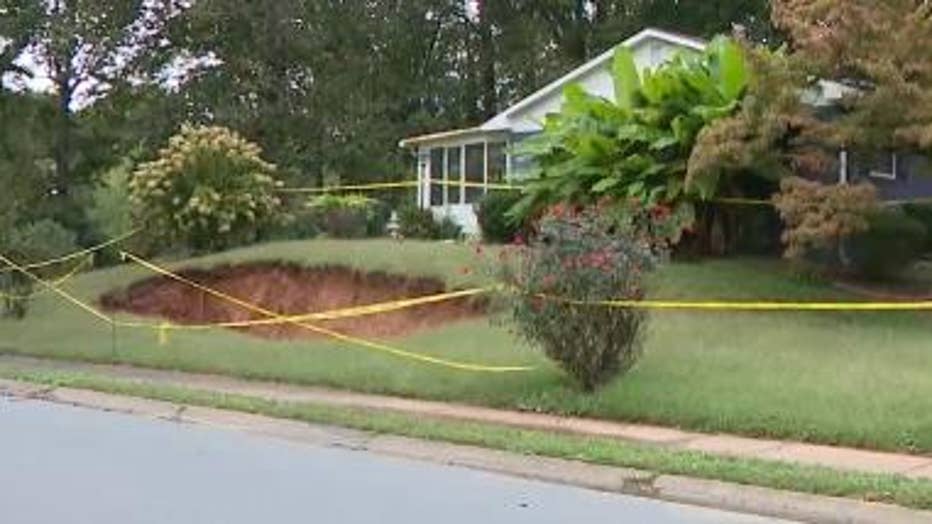 Tiller-Chancellor says until something is done, she just tries not to think about it.

"I don't go on that side anymore and I try not to look at it, but you can't help but see it. I can't worry about a hole, I got nowhere to go," said Tiller-Chancellor.

City officials have tried to work something out. There are even some grants available to help with the cost, but Tiller-Chancellor says the grants come with stipulations. She's hoping they can come to an agreement soon.