A Cobb County couple says a stormwater pipe may be causing their yard to sink.

COBB COUNTY, Ga - A sinkhole is slowly swallowing up a Cobb County couple's yard, now they're trying to figure out who's responsible.

Chris and Tina Cannon bought their home in 2014. They moved in, put up an American flag, and life was good. Last month, a sinkhole developed on the side of the house. Chris Cannon got a load of dirt and filled it in. But weeks later, the hole came back with a vengeance. 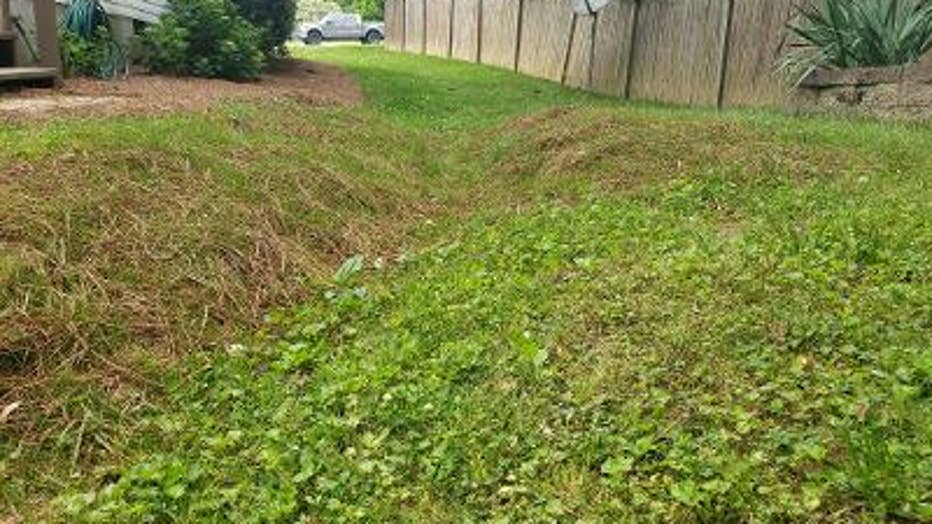 There's a crack 25-feet long. There's also a depression about 2-feet deep that is causing the deck to pull away from the house.

"We're worried the next step is going to cause cracks in my foundation," said Chris Cannon.

There's a long stormwater drainage pipe that runs from the street to behind the house. The pipe has torn away from the cement culvert. 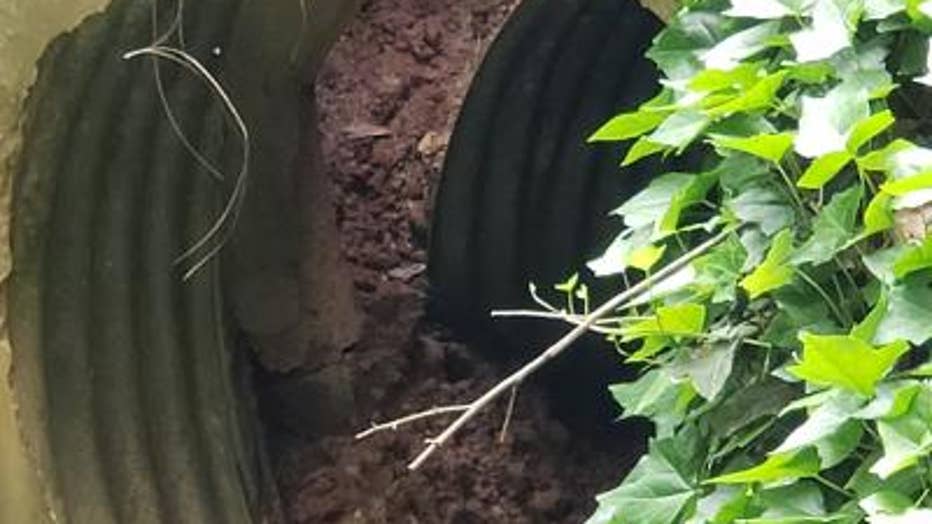 "The exit structure they built has moved back 3 to 4  feet so this is eventually going to fall down," said Cannon.

Video from the juncture on the side of the house shows another break. The Cannons called the county and learned the house sits on what used to be a retention pond a couple of decades ago. They also learned the county won't fix the problem because they have no record that the broken pipe even exists. In a letter, the county said they can't make repairs because "the system has been improperly relocated and extended". 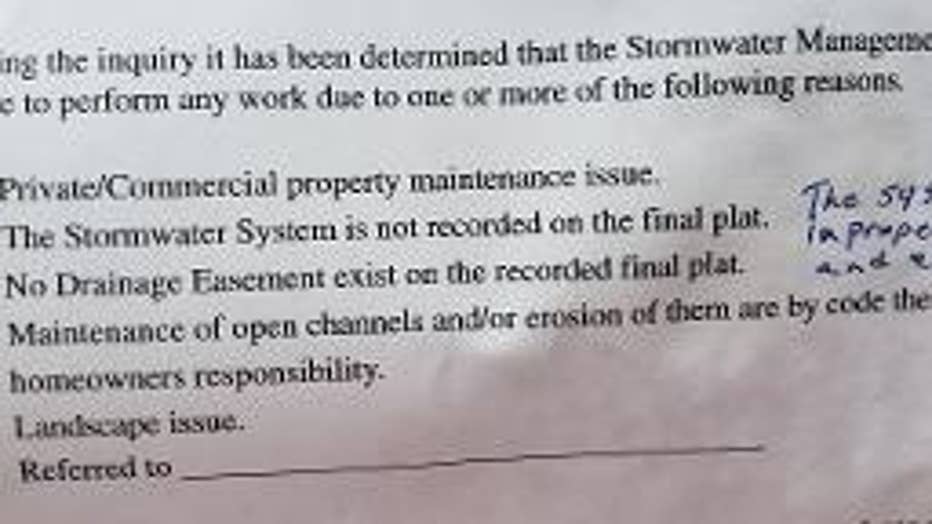 "If this thing closed in and water can't flow through here, and if it caused flooding in the neighborhood it would be my responsibility which didn't make a lot of sense to me because if all the stormwater runs through here it seems like that's their responsibility to maintain," said Cannon.

Cannon doesn't understand how someone could install something as significant as the stormwater pipe without the county knowing about it.

"The metal piping matches the same piping if you look in the neighbor's yard, the structure build is the same," said Cannon.

The Cannons said repairing the broken pipe at both ends would cost tens of thousands of dollars and insurance won't' cover it, but they said they certainly can't let it go on much longer.

"it's kind of got us stuck, we're just looking for a little help," said Cannon.

Cobb County officials said they're still investigating and are trying to track down the history of the pipe as well as determine if whoever installed the pipe had any communication with the county before they put it in.