The rain seems to have been non-stop all weekend and it's causing some major issues for a Marietta resident. A sinkhole has opened up in her yard that measures the width of her home.

MARIETTA, Ga. - The rainy days north Georgia has had this month have caused a number of sinkholes in metro Atlanta. One woman in Marietta has a hole so big it takes up most of her yard.

"It was thundering, lightning, crackling. I looked over there and I seen the hole," said Marian Tiller-Chancellor.

Marian Tiller-Chancellor said she tries not to look at the gaping hole in her yard because it makes her angry. Truth is, it's hard to miss.

"It's actually pretty deep. I was scared at first I didn't know if I was going to fall in and it was a never-ending pit," said her neighbor, Sahil Patel. 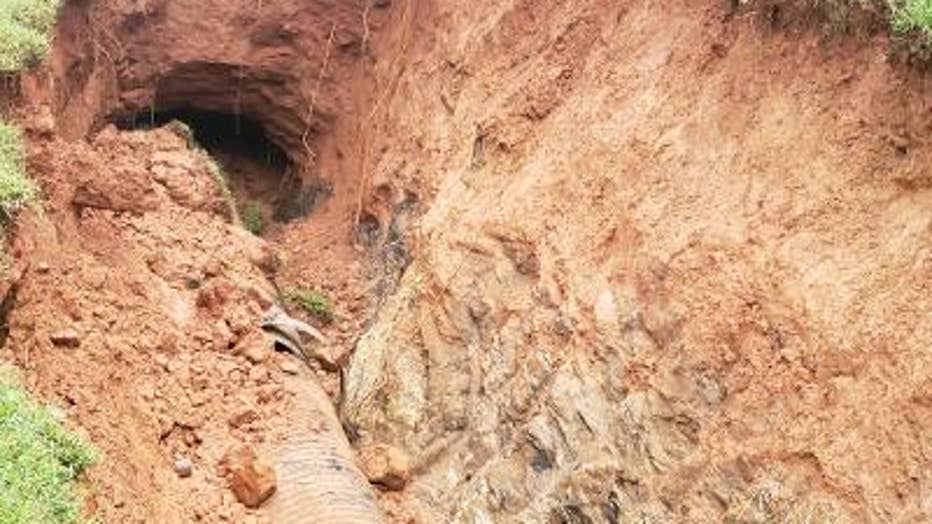 To make sure no one falls in the crater outside the house on James Street in Marietta, the city put yellow tape around the hole.

"The biggest concern we have is whose going to pay for it the homeowner or the city," said Patel.

At the bottom of the pit is a huge pipe that's been split apart.  Marietta officials said it's not their pipe. They said the developer of the subdivision put it there in the 60's.  Back then, this wasn't even Marietta, it was unincorporated Cobb County.

"I don't know who did it, I know you don't go get that pipe at Home Depot," said Tiller-Chancellor. 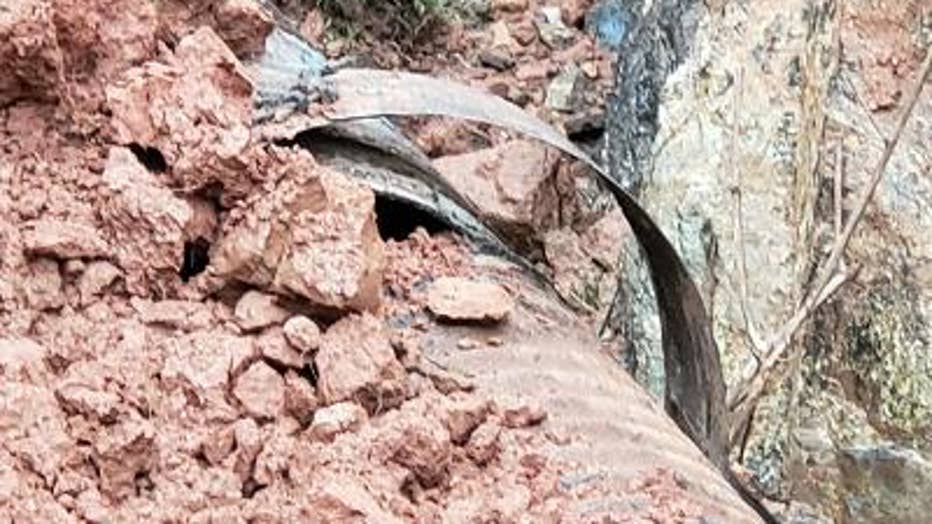 The city said state and local law prohibits local governments from spending public funds to improve private property.  However, they are providing engineering assistance and checking to see if there are any grants that might help Tiller-Chancellor with repairs.

Tiller-Chancellor said until something is done, praying it doesn't get any bigger and swallow her house.

"Gotta keep praying 'til we come to some agreement, understanding, something. I know I don't have the funds," said Tiller-Chancellor.