At least 5 students were charged and arrested for allegedly making social media threats against schools within the Gwinnett County Public Schools district.

The principal of Discovery High School said one of those threats happened here on Tuesday.

Police and district leaders want to take this moment to warn other students that these online threats are not a game and they will be punished.

"Many, many students were impacted by this negatively," Principal Marci Sledge said.

Investigators said these threats include harassment, intimidation, and threats of violence against schools.

"The majority of the threats are talking about shooting up a school, explosive devices. Some of them have contained specific dates and times or techniques that they may be using. Others have just been general in time in regards to "I've been bullied. I'm gonna come shoot up the school," the chief explained.

District officials told us other schools that received these threats include Mill Creek, Mountain View, and Collin Hills high schools as well as Dacula Middle and High Schools.

The threats led to an increased law enforcement presence at these schools. 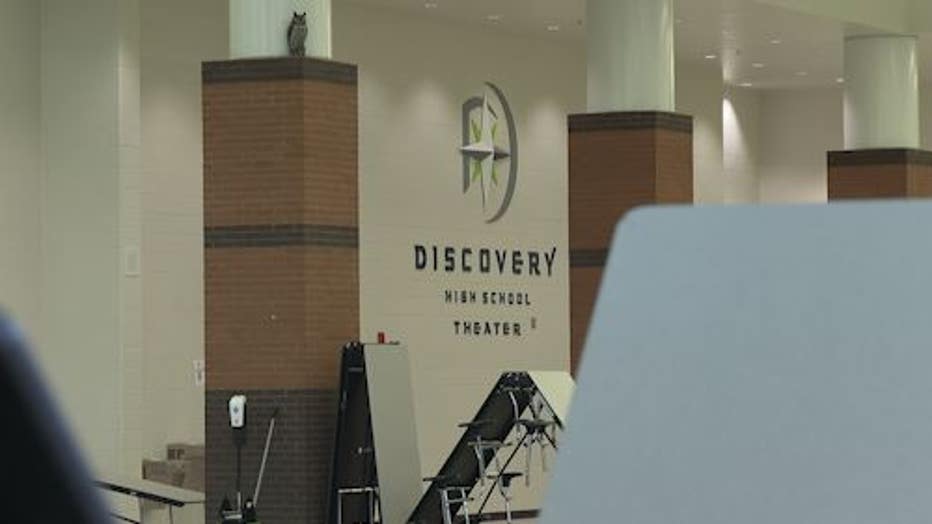 Chief Lockard said of the 13 threats -two were shared from schools out-of-state,  police arrested five students for five threats, and the rest are still being investigated.

These students will be charged in juvenile court.

District leaders said thankfully these none of these threats appear to be credible.

"This is not the kind of attention you want. It's the kind of negative attention that's not just going to last for today but it potentially has a significant impact on you for a long time," Sledge mentioned.

Authorities said photos surfaced on social media claiming to show a weapon inside the school but district leaders and law enforcement said the photos were a hoax.

"I think it's a need for attention sometimes," Sledge explained.

Regarding these most recent threats, district officials couldn't say what disciplinary consequences these students will face because the investigation is still early on but they could be suspended or even expelled.