It’s a dangerous trend that federal officials say endangers not only the pilots in the cockpit, but all passengers aboard. So far this year, over 7,000 laser strikes have been reported by pilots.

ATLANTA - It’s a dangerous trend federal officials said is putting the lives of pilots and their passengers at extreme risk.

Just during the week from Oct. 1 to Oct. 3, 130 laser strikes were reported across the country.

"There’s nothing funny, amusing, or cute about shining a laser at an aircraft," Ian Gregor said.

"It distracts the pilot or temporarily blinds the pilot and that can be very serious in the takeoff or landing phase of the flight," Gregor said.

Since the beginning of the year, there have been 6,723 laser strikes reported by pilots.

"Last year we saw a significant increase in the numbers from the year before and this year up until September we’ve had almost as many laser strikes reported we had for all of 2020," Gregor said. 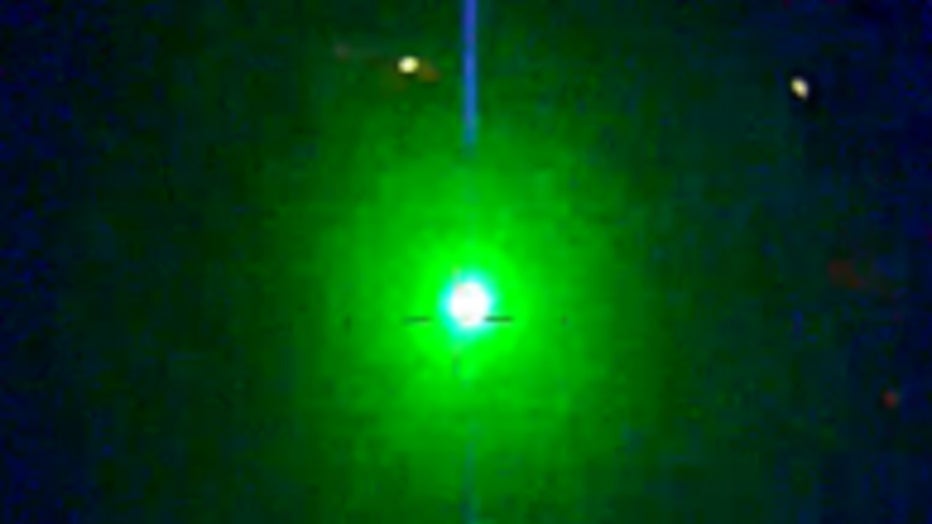 Police released this photo showing a green laser being pointed into the cockpit of the department's helicopter unit on July 1, 2021.

Georgia is in the top 10 for states with more than 202 reported.

California is number with over 1,100.

Once reported, agents depend on law enforcement agencies to track down who is responsible.

"We see more laser strikes in heavy populated where aircraft have to fly. Over dense urban areas taking off or arriving at airports," Gregor said.

As federal officials work to ‘ground’ this issue, Gregor warns to be careful and report those responsible.

"The kind of cheap little laser pointer you buy at the corner store can go thousands of feet or miles. We sometimes get reports from pilots who are several miles up who have been hit by a laser," Gregor said.

If caught, a violator cannot only face local charges but federal charges as well.