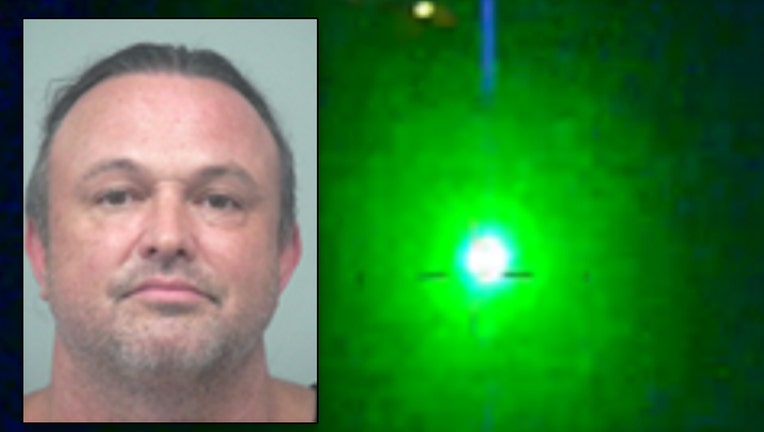 GWINNETT COUNTY, Ga. - A Gwinnett County man was arrested Thursday evening after police said he pointed a laser at a police helicopter.

Theodore Rowe was taken into custody following the incident. Officers were directed by the police helicopter pilot to his home in the area of Twin Brook Way around 10 p.m. after a green laser was pointed into the cockpit of the aircraft.

Rowe initially denied pointing a laser at the helicopter, but eventually admitted to it, police said.

His case will be referred to the FAA to be presented to the US Attorney’s Office for possible prosecution.

"Pointing a laser at an aircraft is extremely dangerous as it can hinder the pilot’s ability to handle the aircraft and interfere with the equipment on board," the Gwinnett County Police Department wrote in a release Friday afternoon. "The police department wants the general public to know that this is illegal, criminal in nature but most important unsafe."

This is not the first time this has happened in the county. On Nov. 8, 2020, a similar incident occurred about seven miles south near Misty View Trail. Police said the police helicopter pilot was able to direct them to the location and found Fredy Contreras. Police said Contreras also initially denied the allegations but eventually told officers he did it "for fun."