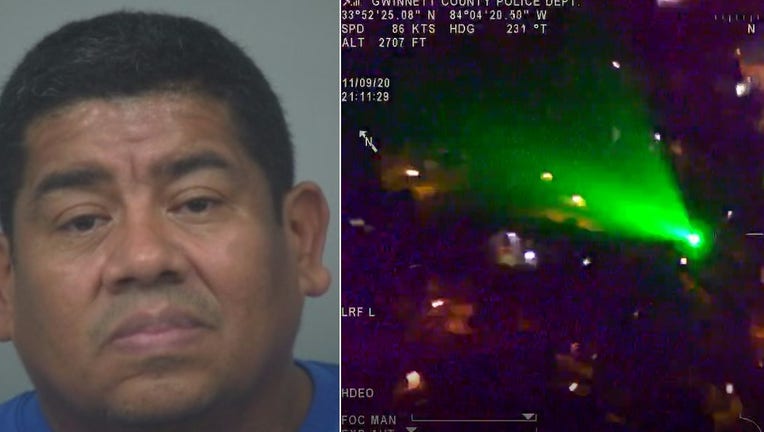 GWINNETT COUNTY, Ga. - Gwinnett County officers have arrested a man accused of pointing a laser at an on-duty police helicopter.

Officials say the helicopter was near Misty View Trail around 9 p.m. Sunday when a green laser was pointed toward the cockpit.

According to police, Contreras initially denied using the laser but later admitted that he did it "for fun."

"Pointing a laser at an aircraft is extremely dangerous as it can hinder the pilot’s ability to handle the aircraft and interfere with the equipment on board," Gwinnett County police said. "The police department wants the general public to know that this is unlawful."

Contreras was arrested and charged with using a laser against an aircraft.

His case will also be referred to the FAA and may be prosecuted federally.