The Braves defeated the Philadelphia Phillies at Truist Park Thursday night to win the National League East division and earn a spot in the postseason.

ATLANTA - Employees said some Atlanta Braves fans showed up at Academy Sports and Outdoors on Crater Lake Drive before they opened Friday morning.

"We had a great time even talking to customers and figuring out, 'Hey, what would you like to do? You want a large, extra-large?' So, it was just really fun," explained Boquee Miller, the store's merchandising team lead.

"The crowd was amazing. Just the energy--it was magic, to be honest," said Ashley Lykins of Woodstock. "We were all ready for it.  You could tell the Braves were ready for it.  They were ready to have this win in and have this clinched.  Let's go!  Let's get those playoffs done." 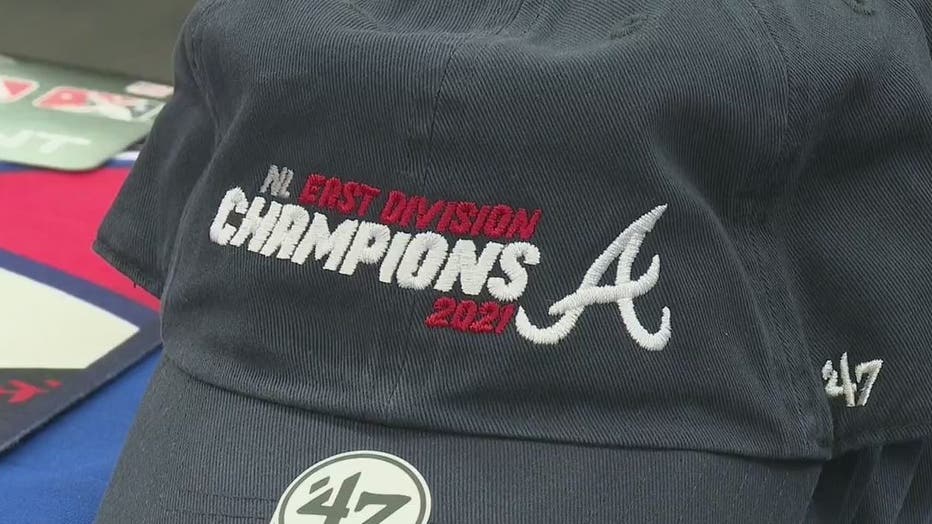 Lykins and her daughter, Riley, 7, both picked out shirts to commemorate the big win.

"We got to support our Braves," Lykins explained.

Braves season ticket holder Brenda Borden was also at Thursday night's game and bought t-shirts for herself, her husband and a co-worker. 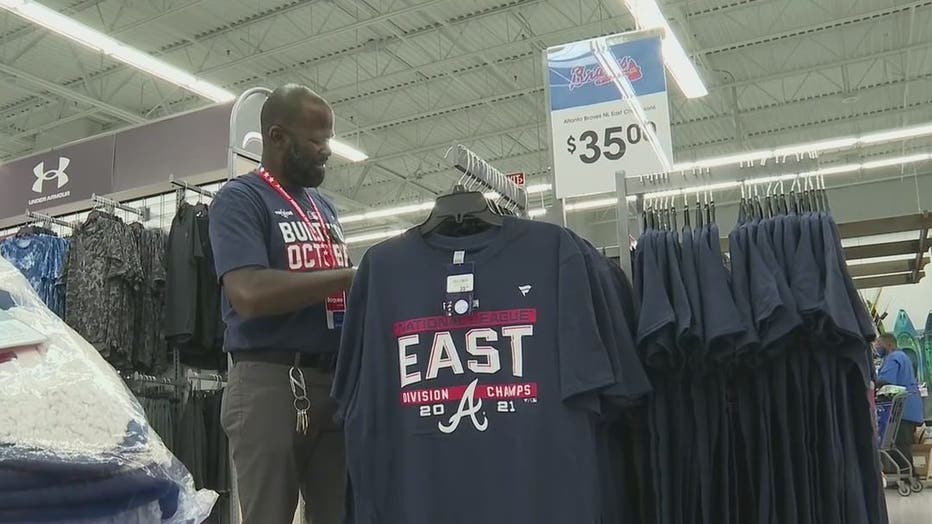 An employee at Academy Sports and Outdoors restocks Braves merchandise after the fourth-straight NL East Title on Oct. 1, 2021. (FOX 5)

This is the fourth straight year the Braves have made it to post-season play, but Borden said this one feels a little bit different after she had to watch last year's games on TV.

"We survived the cardboard cutouts.  We survived the abbreviated audience and we're back and I think that helps the Braves too.  I think they win better when we're cheering them on," said Borden

While Borden says she will go into the playoffs without expectations, many Braves fans hope this is the year they will win the World Series.

CAT SCURRIES ALONG BEAM IN UPPER DECK BEFORE BRAVES-PHILLIES 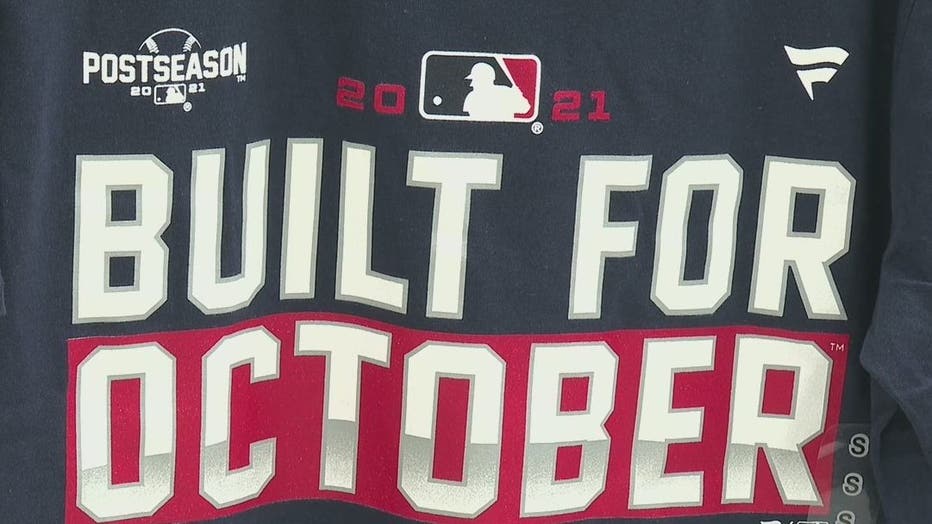 One of the Braves shirts available at Academy Sports and Outdoors after the team's fourth-straight NL East Title on Oct. 1, 2021. (FOX 5)

"People have been coming in very excited, thinking that we're going to go all the way this year," said Miller.

The Braves will have their first post-season game on October 8.