A new billboard campaign trying to fight antisemitism has begun in metro Atlanta. The goal is to start a conversation about casual hate speech and symbols.

ATLANTA - Hot pink billboards with powerful messages are popping up in metro Atlanta. They are designed to get people talking about antisemitism.

"Antisemitism is on the rise in the United States," said Julie Katz with the American Jewish Committee.

The eye-catching billboards are meant to get people talking about the problem that Katz said is often overlooked. 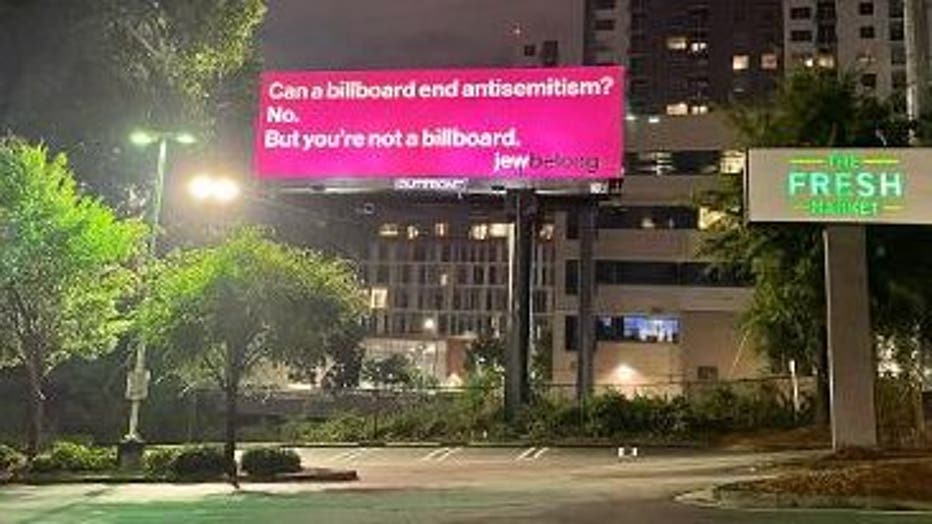 Right now, there are two billboards in Atlanta, soon there will be 10. Each will have different phrases, but the same meaning.

It is all part of a national campaign by the non-profit, JewBelong, to address attacks on the Jewish community. There are similar hot pink billboards up in other large cities, including New York, Boston, Miami, Las Vegas, San Francisco and Washington, DC.

"Jews make up only 2 percent of the American population, but we are the victims of 53.8 percent of religious motivated hate crimes," said Katz.

In the past year, FOX 5 has reported on a number of protests in Cobb County after swastikas were found scrawled on school walls.

One billboard, "If Atlanta is too busy to hate, why is there a swastika at my kid's school?" targets those issues. 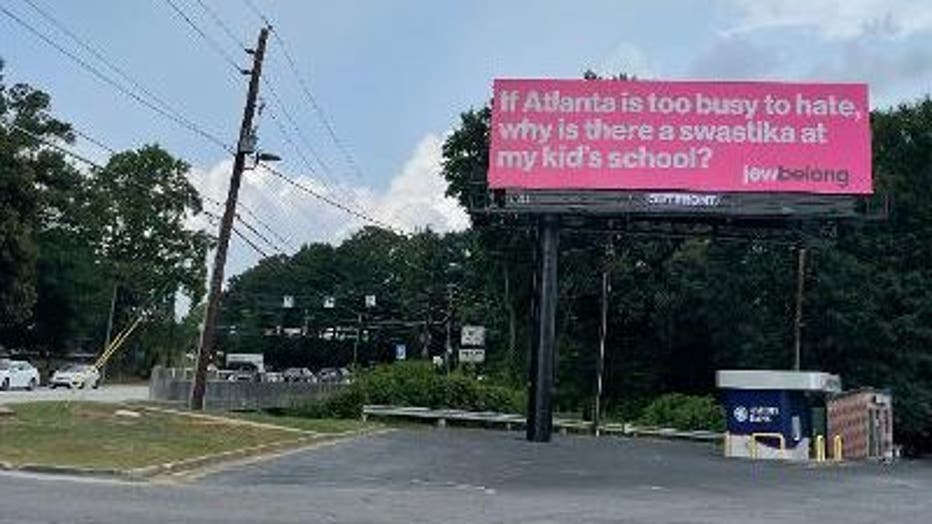 "Referring to anti-Semitic incidents that have happened in schools around metro Atlanta," said Katz.

Another billboard reads "Can a billboard end antisemitism? No. But you're not a billboard." It is meant to start a conversation. Katz said, along with awareness and education, that can make a difference.

The timing and placement of the first billboard that went up was strategic. It is on Peachtree Road. JewBelong wanted it up before the Fourth of July, so it would catch the eye of tens of thousands of runners who will be taking part in the Peachtree Road Race Monday morning.