Atlanta Mayor Keisha Lance Bottoms said Thursday she is behind the city's approval to lease land for a training facility for police officers. The project has been at the center of protests by activists who say law enforcement doesn't need additional funding.

ATLANTA - The Atlanta City Council voted Thursday evening to approve the proposal to lease forested land in unincorporated DeKalb County to the Atlanta Police Foundation to build a training facility for police and first responders.

City leaders initially proposed building the massive training facility on 300 acres in DeKalb County, where a police firing range is already located on a piece of the property.

However, city council tabled a vote on a controversial state-of-the-art training facility on Aug. 16, stating public engagement on the matter was poorly executed.

The Atlanta Police Foundation plans to fund and build a new facility on 85 acres and preserve the remaining portion of the 265-acres property as green space, which is currently not accessible to the public.

Those in favor of the facility say that amid an uptick in crime, a shortage of officers, and a morale crisis in the police department, the facility is badly needed.

Some opponents argue the land should used for trails. Others say they would like to see the money designated for the facility's construction used on community resources rather than more policing. 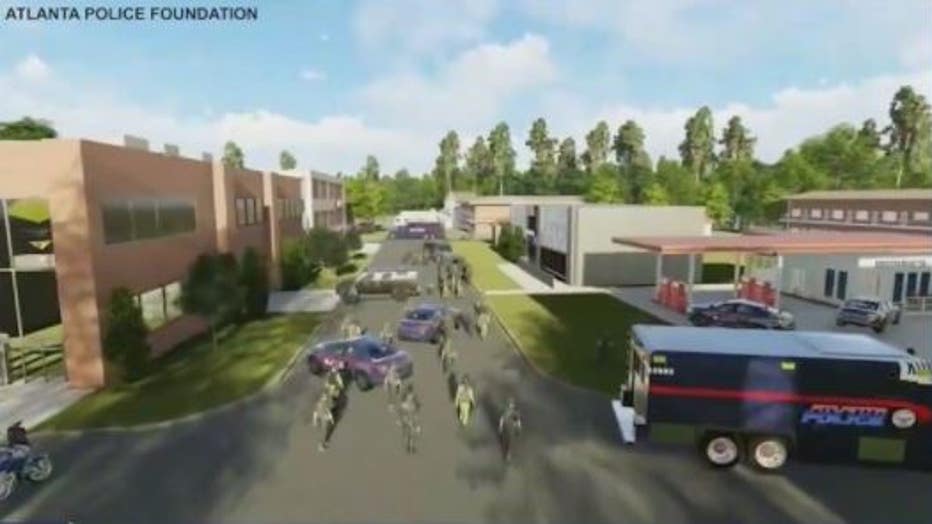 "The new Public Safety Training Facility is another step in our Administration's efforts to support our fire and police officers, while also focusing on sensible reform. This training facility will not only help boost morale, retention and recruitment of our public safety personnel, but will give us physical space to ensure that our officers and firefighters are receiving 21st century training, rooted in respect and regard for the communities they serve. We will continue to work with the impacted communities on how to best thoughtfully develop and preserve the surrounding property."

Gov. Brian Kemp weighed in on the debate over the controversial facility. The governor urged the city council to vote to approve the training facility.

An excerpt from the letter reads: "The Atlanta City Council is in a unique position to support a new training facility for law enforcement and first responders. Increasing training and support for public safety personnel has united all sides of the political spectrum here in the Peach State in the past, and at a time when residents in our capital city are being plagued by a drastic rise in violent crime, I am encouraging the council to promptly approve this facility."

The project is projected to cost around $90 million.

According to city officials, the first phase of the facility will be privately funded from the Atlanta Police Foundation. The City of Atlanta will pay $1 million per year on a 30-year lease, according to terms.