Some residents are upset over the location of a new elaborate Atlanta police training facility while other residents believe it is needed as crime spikes.

"Increased policing and surveillance in Atlanta is not going to solve the structural problems," said Kelsea Bell, of the Atlanta chapter of the Democratic Socialists of America.

The group behind "Stop Cop City" argues that the facility would be a waste of land and resources. Meanwhile, other residents say police need all the help they can get amid a surge in violent crime across the city.

Bell argued that the solution to violent crime is diverting resources away from the police and into social services and community outreach.

The proposal the city council is considering would lease the land to the Atlanta Police Foundation. They would use roughly $80 million of their own money to build the training campus that would be for both police and firefighters.

"This facility is going to be four times larger than the NYPD training facility," said Shafeka Hashash, co-chair of the Atlanta DSA. "It just seems grossly unnecessary, it’s not what’s being asked for and it’s not addressing root causes. […] Violence doesn’t occur because of poor training." 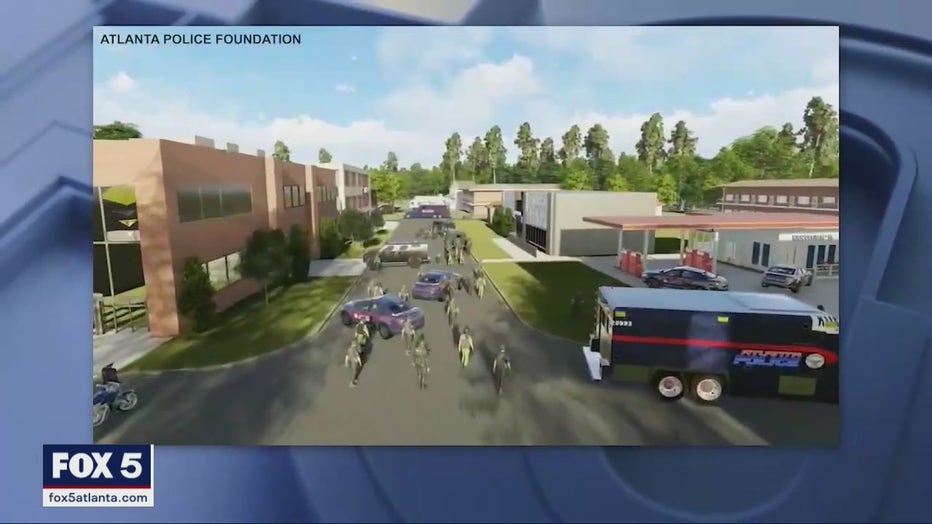 Plans include a miniature "mock city" for police to practice in, an emergency vehicle driving course, a burn towner, and a shooting range.

Bell said another one of their concerns is the environmental impact and the toll it would take on the surrounding community.

However, other Atlanta residents fed up with violent crime said the police need more support.

"We heard people over the summer who are protesting and rioting and demanding that our police be trained better," one member of the public said during city council’s public comment. "This is an opportunity to give them a facility to do so."

Councilmember Joyce Sheperd, who has championed the proposal, said members of the public on all sides of the issue will have a chance to speak out.

"The Police Foundation is hosting two community engagement and listening sessions – one on July 15 and the other on July 29," Sheperd said in a statement provided by a spokesperson. "We will continue to work with the Police Foundation and the administration to make sure everyone has their voice heard on this matter before the Council votes on the legislation."

The hearing scheduled for Thursday will take place virtually at 6 p.m. Details for how residents can participate via Zoom are below.