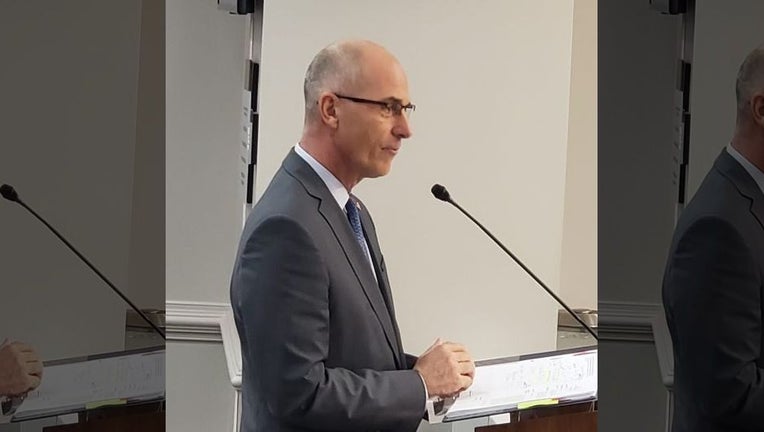 Selden has been on the job for about 29 months and has overseen a massive multi-billion-dollar expansion program that will serve the sprawling Atlanta travel hub to remain competitive for the next years. He has also weathered a growing homeless population in the airport that has caused crime and other disruptions, and an economic downturn due to the coronavirus that stunted traffic at the airport one year ago.

"When John took the helm at Hartsfield-Jackson Atlanta International Airport, we were flying 2,700 flights and serving close to 300,000 passengers daily," said Mayor Bottoms. "No one could have imagined that a global pandemic would hit the travel industry as hard as it did. Still, with John’s leadership, our frontline workers kept our airport ready for recovery, and our operations staff focused on customer service and our multibillion-dollar capital improvement program. We are sad to see him go, but very happy for him and his future endeavors."

"Coming to Atlanta is one of the best career decisions I’ve made," said John Selden, ATL general manager. "It has been an honor to serve with Mayor Bottoms and to lead such an exceptional group of people who help make the Atlanta airport one of the very best in the world."

Selden, who has more than 30 years of aviation experience, came to Atlanta in October 2018 after serving as the deputy general manager for John F. Kennedy Airport in New York.

Under his leadership, the mayor said the airport received two service quality awards by the Airports Council International.

The airport, which has claimed to be the busiest passenger airport for 21 years running, is the state’s largest employer and brings a $82-billion-dollar economic impact to the southeast region.

Selden has accepted a position in the Middle East.

His replacement has not yet been named.