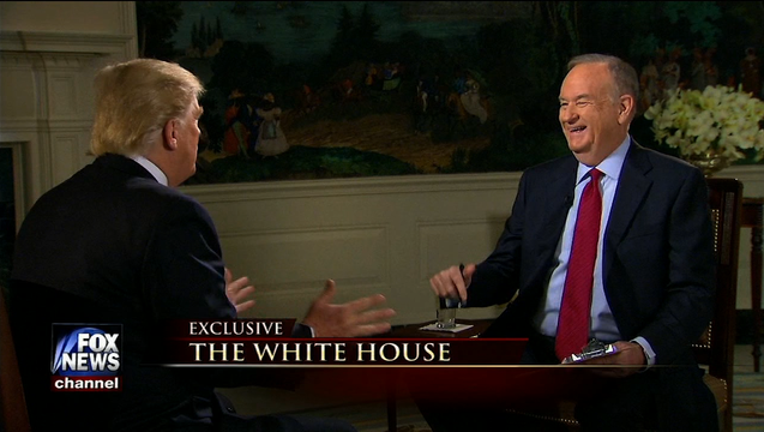 President Donald Trump is predicting an 8-point victory by the New England Patriots in the Super Bowl.

Trump made the prediction during a Fox News interview taped Saturday and aired a few hours before the game.

While Trump counts Patriots quarterback Tom Brady as a friend and says he likes coach Bill Belichick and owner Bob Kraft, he also praises the Atlanta Falcons as a "fantastic team."

But, Trump says, "You have to stick up for your friends, right?"

Trump tells Fox News host Bill O'Reilly that the Patriots are more comfortable because they've been to the big game before. He says, "Once you've done it, there's a lot less pressure."

The Patriots have won the Super Bowl four times while the Falcons have played for the championship once and lost.