Kirby Smart said like most of us, he's "sick of this virtual staring at squares" on Zoom meetings all day.

But unlike some workers, Smart has returned to his office in Athens during a specific window every day, as the Bulldogs prepare to bring players back to campus for voluntary workouts beginning June 8.

Before doing so, players must undergo COVID-19 testing and and extensive physicals. And most importantly, Smart said, nobody should feel pressure to return for voluntary workouts if he or his family is uncomfortable with the current environment. However, most are "much more comfortable" choosing to return to Athens for workouts rather than doing them individually wherever they’re able to right now.

Smart said they're currently working to emphasize to UGA's players, staff and fans that health and safety precautions -- now and as voluntary workouts begin June 8 -- are necessary to ramp up to football eventually.

The Bulldogs' medical staff has held meetings with players and their families to address health and safety concerns, and when they do return, workouts will look "completely different," Smart said.

They will practice social distancing and limit group sizes to about 20 guys per group, subdivided into seven-people groups in the 12,000-square foot weight room. Immediately following each session, cleaning crews will sanitize the areas. No locker room use is permitted and only one door will be used for those coming and going.

Smart said they're currently working to emphasize to UGA's players, staff and fans that health and safety precautions are necessary to ramp up to football eventually.

"The last thing we need right now as people who want to have a football season or any athletic season is to have another flare-up," he said. "And the biggest thing we can do is take care of that by making good decisions and being aware." 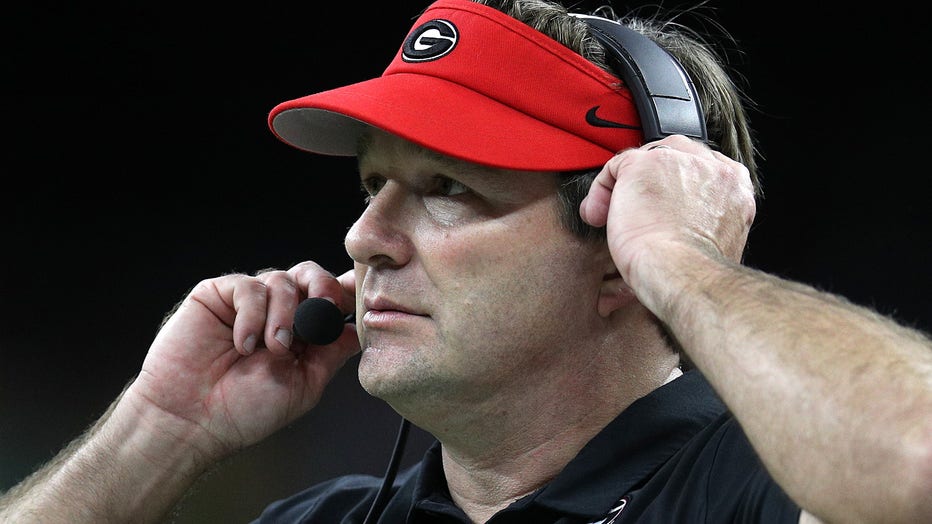 Though he said he's optimistic Sanford Stadium will be filled with fans this September, he admitted he isn't sure what will happen. Three months from now is a long time considering coronavirus concerns were just heating up across the U.S. 3 months ago, he said.

Additionally, games this fall "will be based on science and not financial," Smart said.

"The worst thing we can do as coaches or as administrators is feel like we have to do this to survive financially and make a decision that is costly to even one student-athlete," Smart said. "And I know at Georgia, every decision we're making on the return to sports is safety, health and well-being. There won't be pressure to go workout, to go do this extra. Kids have to voluntarily do it. If a guy doesn't feel comfortable or a guy has a fever or a guy is sick, we don't want him to come in. We don't want him to put himself in jeopardy."

And with recruits unable to visit campuses in person until July at the earliest for now, Smart said he expects many to commit earlier "because they’re sick and tired of being barraged by virtual activities," just like rising senior linebacker Barrett Carter did on FOX 5 last week.