May 19th was the day Carter wanted to make the decision because it is his mother's birthday. 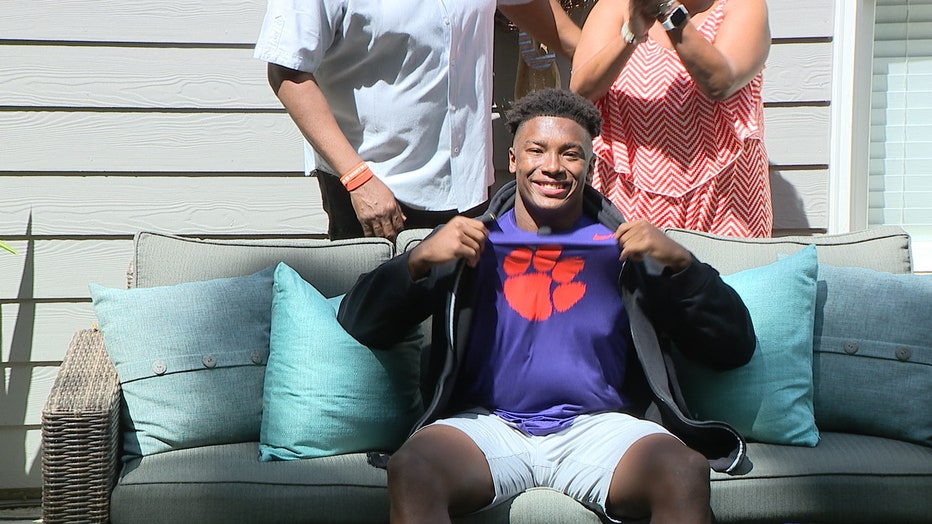 247 Sports ranks Carter as a four star and he is a top 60 player in the nation according to the 247 composite rankings. Rusty Mansell from 247 Sports says Carter's speed makes him stand out and he can play the run and cover in space when needed.

Carter will join teammate Jordan Hancock at Clemson. Hancock, a fellow rising senior at North Gwinnett, already made his committment to theTigers.

Carter said that he has 'gets butterflies' everytime he visits Clemson's campus and he cited the Tigers' coaching stability with Dabo Swinney and defensive coordinator Brent Vanables as reasons for his committment.